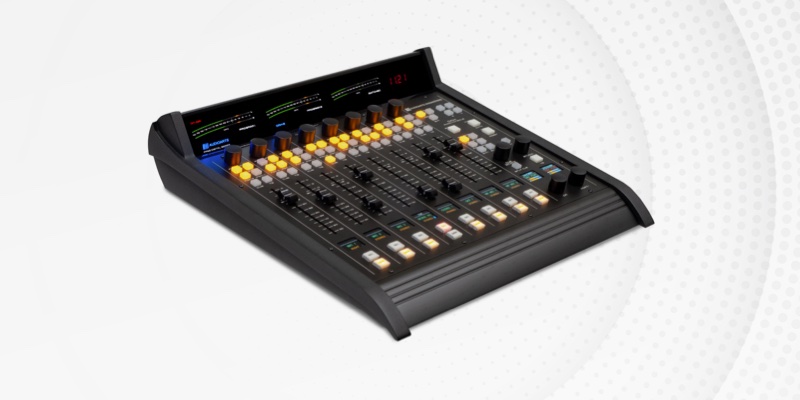 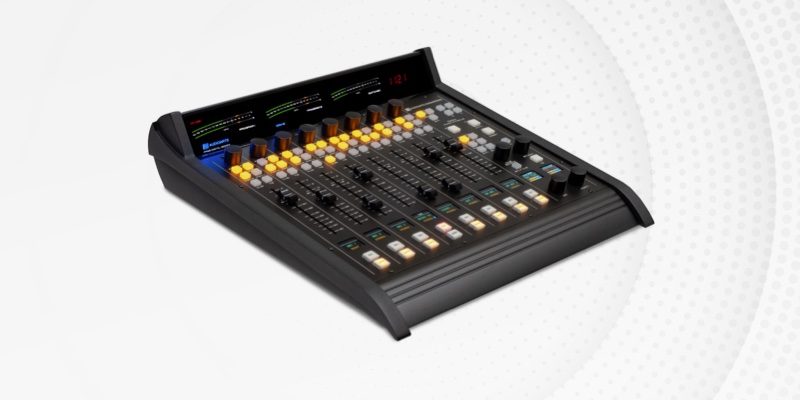 Featured: A new AoIP enhanced console engine mixer with built-in Ethernet switch is bringing intelligent routing and control to stations on a budget, available in either 8 or 16 fader versions.

The new DMX digital console technology will now be marketed under the Audioarts Engineering brand and become fully WheatNet-IP audio network compatible, available from PRECO in the UK.

Adding Wheatnet-IP to this console effectively brings Wheatstone’s Intelligent Network routing and control to stations on a budget, allowing them to automate functions they couldn’t approach before.

This enables them to run leaner, more efficient operations overall, and opens a pathway to the new world of AES67 interoperability,” commented Jay Tyler, Wheatstone’s Director of Sales. 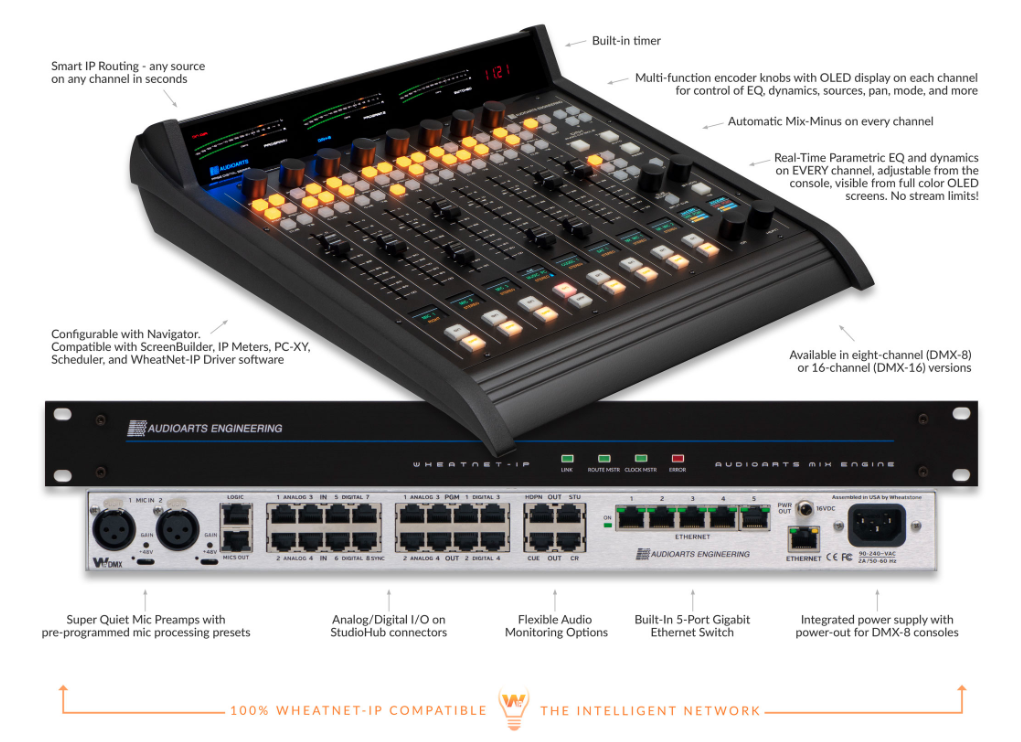 The console’s mix engine includes a built-in 5-port Ethernet switch. No external switch is required to create or join an existing WheatNet-IP system, making DMX one of the more affordable entry-level IP audio networked consoles on the market.

Features include local microphone, analogue and digital inputs and outputs, EQ and dynamics, any source on any fader and AoIP. Audio inputs and outputs can be extended by simply adding more Razor I/O modules on to the AoIP network.

This article was sponsored by PRECO for RadioToday.