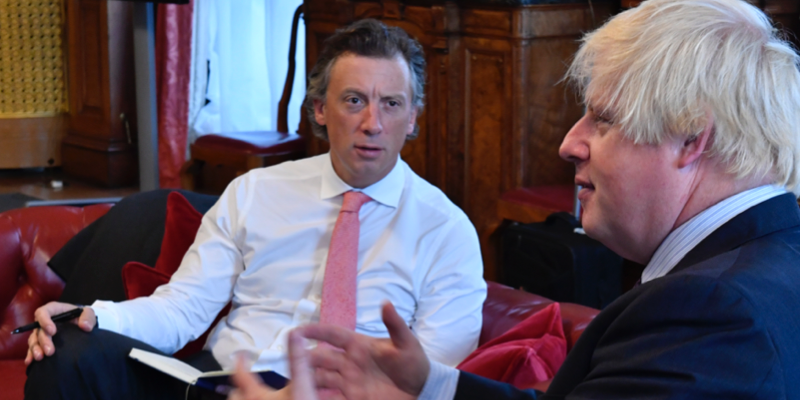 TND will also present shows in the weekly Times Radio schedule, as well as presenting special political shows during major events, such as election nights and the Budget.

Tom has worked for The Sun for 16 years, joining first as Defence Editor in June 2004 before becoming Political Editor in 2009.

He is also one of the hosts of BBC Radio 4’s The Week in Westminster, a panellist on BBC1’s Question Time and Radio 4’s Any Questions, and a regular paper reviewer for Sky News and GMB.

Tom said: “It’s hugely exciting to be involved in the launch of Times Radio. We hope to do everything a little differently, and give listeners warmth with intelligence. The world of broadcast is a great new challenge that I can’t wait to throw myself into.

“Politics will be no less interesting and challenging in the next decade, than it was in the last. I’m looking forward to reporting and presenting on it from the epicentre again.”

Some personal news: after 16 incredible years at The Sun, I'm off to join @TimesRadio, to be a presenter and its chief political commentator. Talking about politics endlessly is my dream job I must confess. The station launches later in the summer. More details soon.

News UK Chief Executive Rebekah Brooks said: “Tom is one of the sharpest and most respected journalists in Westminster, so I am delighted he is going to be leading Times Radio’s political coverage as its chief commentator and as a presenter. He will bring great authority and experience across the station’s output.”

More presenters are expected to be announced in the coming weeks by News UK.