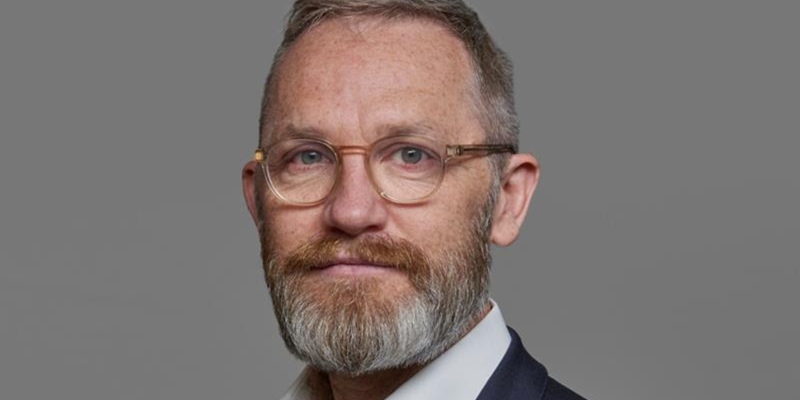 Following news that BBC Radio and Music has allocated £12 million of its existing commissioning budget over the next three years to be spent on diverse and inclusive content, James Purnell, Director BBC Radio & Education writes about Building a creative, diverse future for BBC Radio & Music.

“On Sunday 31 st of May, I got a text from Lorna Clarke, the Controller of Pop at the BBC. She was updating me on the work her teams had done over the weekend on how to respond to the death of George Floyd. That weekend’s work led to a series of programmes across the week, from Clara Amfo and Greg James on Radio 1 to a Black Empowerment day on 1Xtra, culminating in a unique, captivating edition of 1Xtra Talks, which grappled with the experience of structural racism in the UK.

The horrific killing of George Floyd had been on the minds and in the conversations of our black colleagues. I had followed the story but hadn’t understood how it was affecting them – the deep feelings and difficult memories it was bringing up, as well as the despair that anything would change.

It feels like years of history have happened in the last two months. Along with the rest of my management team, we’ve been talking to people and thinking about what we can do editorially and as an employer, and as colleagues. We’ve always been committed to diversity, but there’s still lots to learn.

One thing is crystal clear to me – the importance of a diverse workforce to making great programmes. The parts of the BBC that were diverse got the importance of this story and responded quickly and effectively, more so than the rest of us.

We want the BBC to be diverse and inclusive not just because it’s the right thing to do, but because it will act as a springboard for great content – creativity comes from people with different backgrounds, who bring different ideas, and can debate them in a trusting environment.

That’s the definition of the culture we want to build at the BBC.

Talking to colleagues in the last few days, I’ve heard hope – people inside and outside the BBC feel galvanised, and that change is coming.

That started the week after Lorna texted me. The Equality in Audio Pact, spearheaded by Renay Richardson at Broccoli Content, was circulating on social media, setting out five pledges that companies could sign, from publishing their race pay gap to ensuring industry panels are representative. We thought it was a great initiative and signed up, and were delighted to see the number and range of organisations that have done so. I’d encourage everyone in the sector to sign up.

Then, last month, our colleagues in TV confirmed what they’ll be doing with their Right the Script announcement, and their commitment to support diverse storytelling and teams.

Today it’s our turn in BBC Radio & Music. From those conversations over the last two months, we’ve put together what we hope to be a comprehensive approach, where we create diverse teams,
commission representative programmes and foster an inclusive culture.

There’s no magical solution here – no one action is going to solve the structural biases in our society or at the BBC. But we commit to these pledges to ensure we make a significant difference.

We don’t start from scratch. In 2016, the BBC set targets for the diversity of its workforce, and they’ve been adjusted over time as and when they’ve been met. However, we still have further to go to address the under-representation of black and Asian ethnic minorities, people with disabilities and those from working class backgrounds.

In Radio and Music, we have worked hard on the succession plans for our leadership team, and have now met the target of 15% of our managers being from a BAME background. However, we haven’t yet achieved that target for our workforce, and we want to. We aim to do so as a division by the end of 2021, and in every department by the end of 2023, so that every part of BBC Radio & Music from classical music to speech, reflects the country in which we live.

That’s also important for the indie sector and we’ve agreed with Audio UK that they will ensure that 20% of their teams are diverse in terms of ethnicity, socio-economic background or disability. This is an ambitious initiative, and we will consult on the details of how we implement it, particularly for smaller companies, but we believe it is an important one.

For us to be able to be relevant for each and every one of our listeners, it’s important that people see and hear themselves reflected in our programmes. So we’ll commission more diverse stories, voices and experiences on air, and from 21/22, over three years we’ll commit £12 million pounds of our existing commissioning money to new diverse content. This is not additional money, simply us prioritising how we spend our budgets so that we can best serve our audiences. This will act as a strong incentive to everyone who makes content for us to pursue new, fresh ideas and bring forward more diverse teams and talent.

Alongside this, we’ll continue to improve on-air representation. The BBC has pioneered the 50/50 Project, to get gender parity for contributors to our programmes. We are piloting extending that initiative to ethnicity and disability. And we have a raft of editorial plans developed which we’ll be launching in the coming months, increasing exploration of diverse music and stories on air.

In one of our discussions, one of my colleagues described diversity as being invited to the party, but inclusion as being asked to dance. We can have a diverse workforce, but unless we have a work environment where everyone can speak up, have their ideas heard and adopted, we won’t succeed.

In those conversations, I’ve heard distressing stories of colleagues not being made to feel welcome or respected. We need to be better.

In lockdown, we’ve found a new way of working together – for all the tragedy of this period, we’ve spoken to each other a lot more, in a more democratic way, and listened more effectively. We’ve had glimpses into each other’s real lives and seen our colleagues in their own homes, environments where they feel comfortable. That needs to be the start of creating a culture where everyone feels safe to bring their full selves to work and speak their mind, where we have robust discussions because we trust each other, but then get to great ideas.

On many measures of diversity and inclusion, the BBC performs well.

But the last few weeks and months have shown me that we have further to go, both to do what’s right and to be as creative as we can be. The BBC has the freedom to plan and innovate that comes from the licence fee.

With colleagues across the Corporation, and the commitments we are announcing today, we aim to be part of transforming the audio sector so that it welcomes everyone, tells the right stories and delights our audiences.”

This article first appeared in eRADIO – the weekly radio industry newsletter by RadioToday. Subscribe here for future editions direct to your inbox.