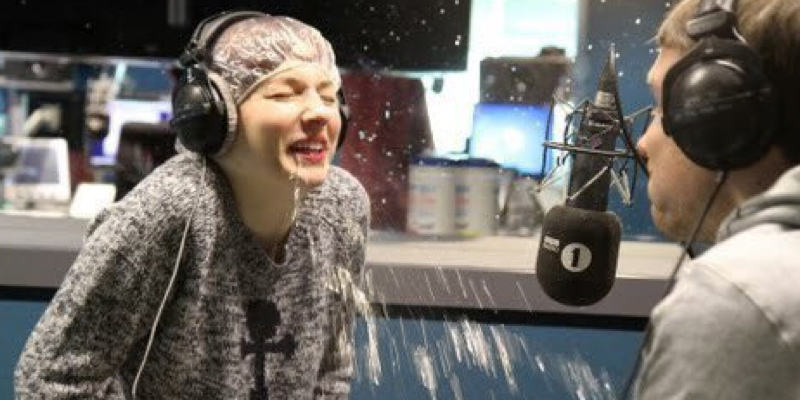 Alice Levine has announced she is leaving BBC Radio 1 after nine years at the station.

Her last programme will be on Sunday 9th August after which Dev and Jordan North will share the Friday to Sunday 11am to 3pm slot.

Alice has thanked people she has worked with at the station via an Instagram post, saying the time is right to hang up her headphones and say goodbye to Radio 1.

She has also hinted at joining a new station saying listeners will be able to contact her on a new number soon, rather than the BBC Radio 1 text number 81199.

Aled Haydn Jones, Head of Radio 1, told OnTheRadio.co.uk: “Alice has been a key part of the Radio 1 family for several years and has fronted some incredible radio moments throughout her time here. We’ll all miss her humour, warmth and enthusiasm, and we wish her all the very best for the future.”

End of an era

I’ve decided it’s the right time for me to hang up the headphones (not a thing) and say goodbye to Radio 1. It‘s 9 years since I first walked around the old studios at Yalding House and signed up to start piloting for a show. So many big moments have happened since then and I have met friends for life. The team at R1 are the funniest, smartest and most-hardworking. I can’t believe I got to be in the gang for a bit. Huge thanks to Rhys Hughes who believed I could do a show in the John Peel slot talking about new music even though I said I was mainly listening to Paul Simon and Joni Mitchell (!). To Matt Fincham and Adele Cross who very patiently stood with me whilst I crashed the vocals, pressed the wrong buttons and had a prolonged crisis of confidence in those early off-air days (and beyond!). Then I somehow managed to bag the very best producers, who shared their immense experience and time – and often their jokes to say as my own! Let this, my last radio shout out, go to: Stocker, Mel, Tash, Aled, Kate, Ian, Trav, Jenny and Liam. Words can’t do you justice! With their nurturing, we won a Music Week Best Show Award, we did incredible broadcasts from Glastonbury, the Brits, Big Weekends, sessions at Maida Vale and interviewed some of the most exciting people in movies and music. We’ve also had a dead nice time and hopefully said some things that have made you laugh. From 10-midnight with Phil, to Weekend PM, then Weekend Breakfast, and now my Fri/Sat/Suns with Dev, I can’t believe how much we’ve packed in… If you’ve listened to the show or got in touch with one of your amazing stories over the years, I can’t thank you enough. To make jokes all day has just been a gift of a job! *Just to say you can no longer reach me on 81199, new number to follow