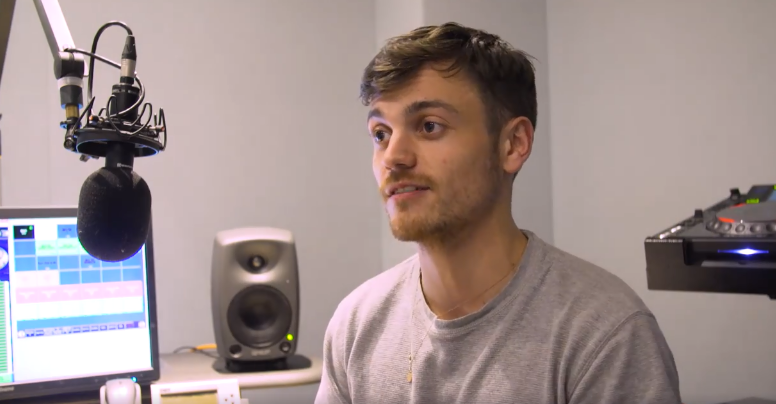 Roman Kemp and the team paid an emotional tribute to Producer Joe on the show this morning just after 8am.

“We’re a massive family at Capital, and you’re part of that, and I wanted to share some really sad news with you,” Roman said.

Roman went on to let listeners know about losing his best friend and the impact Joe made to him and his colleagues.

Last Tuesday, very suddenly, we lost one of our best friends – and our colleague – Producer Joe. He was not just part of the Capital Breakfast family, but a loved member of the whole team.

Joe has been producing Roman at Capital since 2016, starting producing him on the evening show then moving to breakfast a year later.

He has worked for Global for almost 10 years, previously at LBC and as a video content producer. He also produced Capital Breakfast when it was hosted by Dave Berry and Lisa Snowdon.

Joe was one of the ReelWorld Radio Academy 30 under 30 in 2016 and also had spells at Apple Music and talkSPORT.

Roman Kemp and the breakfast show team Sian Welby and Sonny Jay left the show during Tuesday morning last week when they found out the sad news.

So proud of the whole Capital team this morning, we’ve all been a bit lost for words this past week but @ariannemerry and all of the breakfast guys produced this most incredible tribute to @joe_lyons this morning, beautifully delivered by his best mate Roman https://t.co/ppoxv70e2A

Feel so sad woke up hearing about @joe_lyons the chats we would have about “real music” during my time at Capital, the side hustles, every intern havin a crush on him. He was a badass incredible guy. I’m truly shocked sending love and so much prayers to his family and friends

This video broke me. Sending so much love to @romankemp and everyone at @CapitalOfficial at this difficult time, following the loss of their colleague Joe Lyons, known to listeners as Producer Joe. https://t.co/aDSoEdvIGf