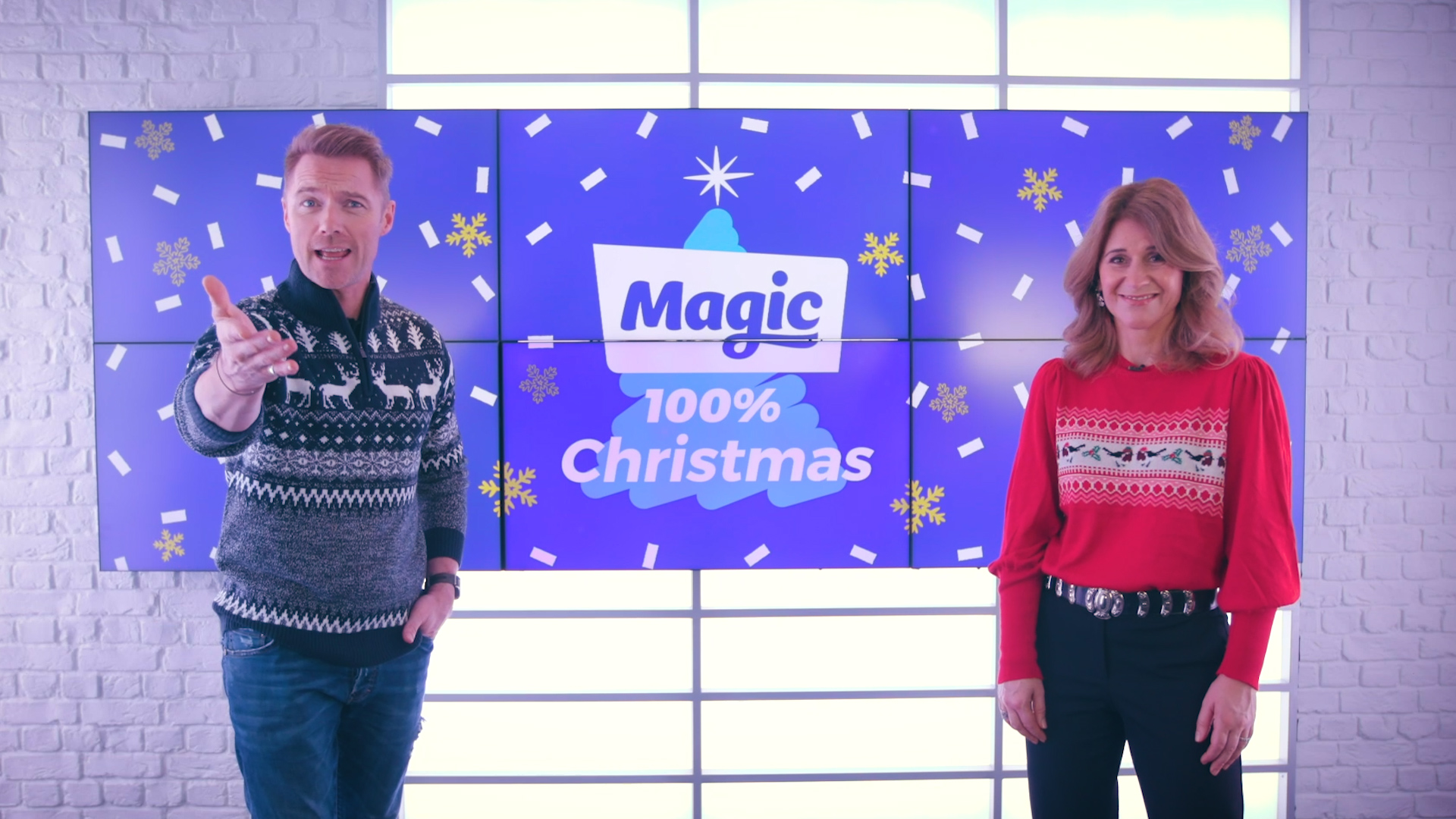 Ronan Keating and Harriet Scott were joined by Dolly Parton on Magic Breakfast Wednesday morning to help flip the station to a Christmas playlist.

The 100% Christmas tunes will last till December 27th, and is the 3rd year in a row the station has dropped its usual playlist in favor of a festive one.

Dolly played the first Christmas song along with a selection of songs from her new album, ‘A Holly Dolly Christmas’.

Speaking about the launch of 100% Christmas on Magic, Content Director Tony Moorey told RadioToday: “Like our listeners, we are simply huge fans of Christmas at Magic Radio, and having seen the need for some more cheer this year we thought it only right to flip our playlist once again.

“Aiming to be the perfect soundtrack for all, including those working from home and missing their usual work-place Christmas soundtrack, or anyone looking to get into the festive spirit as they do their online Christmas shopping, tree decorating or present wrapping; we’ll have plenty in store.”

Magic Breakfast’s Ronan Keating and Harriet Scott said: “Christmas songs bring so much cheer and we have been asked by so many of our listeners to switch the station. We listened and agree that the nation NEEDS Magic Radio 100% Christmas more than ever before.

“So, switch us on and settle in. It’s Christmas songs all day every day from now on in.”

In 2018, Magic Radio was the first UK commercial radio station to ever switch their playlist to non-stop Christmas music. The move led to record listening figures with the highest audience in the Magic brand’s 20-year history.

A 100% Christmas Playlist was also launched online in August.

Magic also announced today that the stations will bring listeners a virtual Christmas concert in lieu of their usual London Palladium extravaganza which was unable to go ahead. ‘The Magic of Christmas’ will feature special performances from Gary Barlow, Sam Smith, Jess Glynne, Leona Lewis, Roachford, Jamie Cullum and The Shires, all performing festive hits.

Hosted by Ronan Keating and Harriet Scott, the event will take place as a Facebook Watch Party on Sunday 29th November at 6pm, followed by an on-air broadcast on Tuesday 1st December at 7pm.