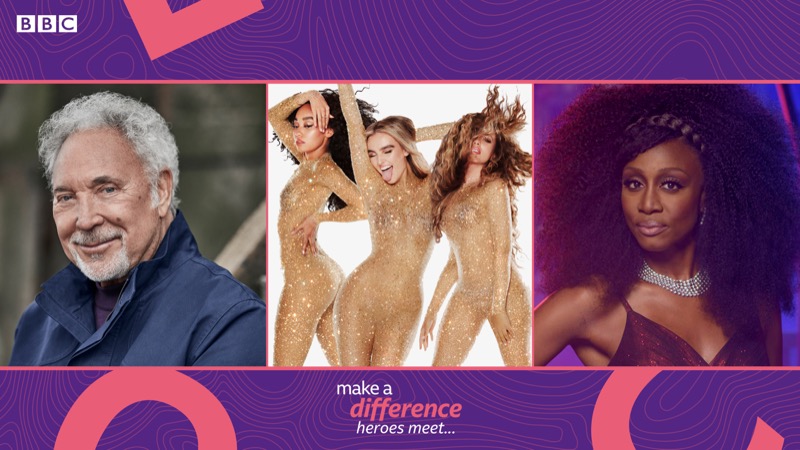 Well known bands and artists are lined up for specials on BBC local radio stations this Bank Holiday weekend, including Little Mix.

Along with Sir Tom Jones and Beverley Knight, they will be helping BBC Local Radio honour people who have made a difference where they live, as part of a series of special programmes to air this Easter.

The stars will say thank you to some of the local heroes whose efforts have been highlighted through BBC Local Radio’s ‘Make A Difference’ introduced by BBC weather presenter Owain Wyn Evans.

In addition with many churches still not fully open, the Archbishop of Canterbury will deliver an Easter address and later at 10.00am on Easter Sunday Local Radio stations will join together in a documentary called “Life’s Second Chances” featuring people who have recovered from COVID and seen their recovery as a second chance at life.

Each of the programmes will feature music from all three artists and will be aired at 09.00am on Good Friday, Easter Monday and Tuesday 6th April across local BBC radio.

Chris Burns, Head of BBC Audio and Digital for BBC England, said: “All year our stations have been hearing the stories from Make a Difference heroes and this Easter we give some of them a chance to meet their musical heroes and our listeners an opportunity to hear about the amazing work they have been doing.

“It’s a schedule that celebrates everything people have done over the last twelve months and I hope will lift people’s spirits.”