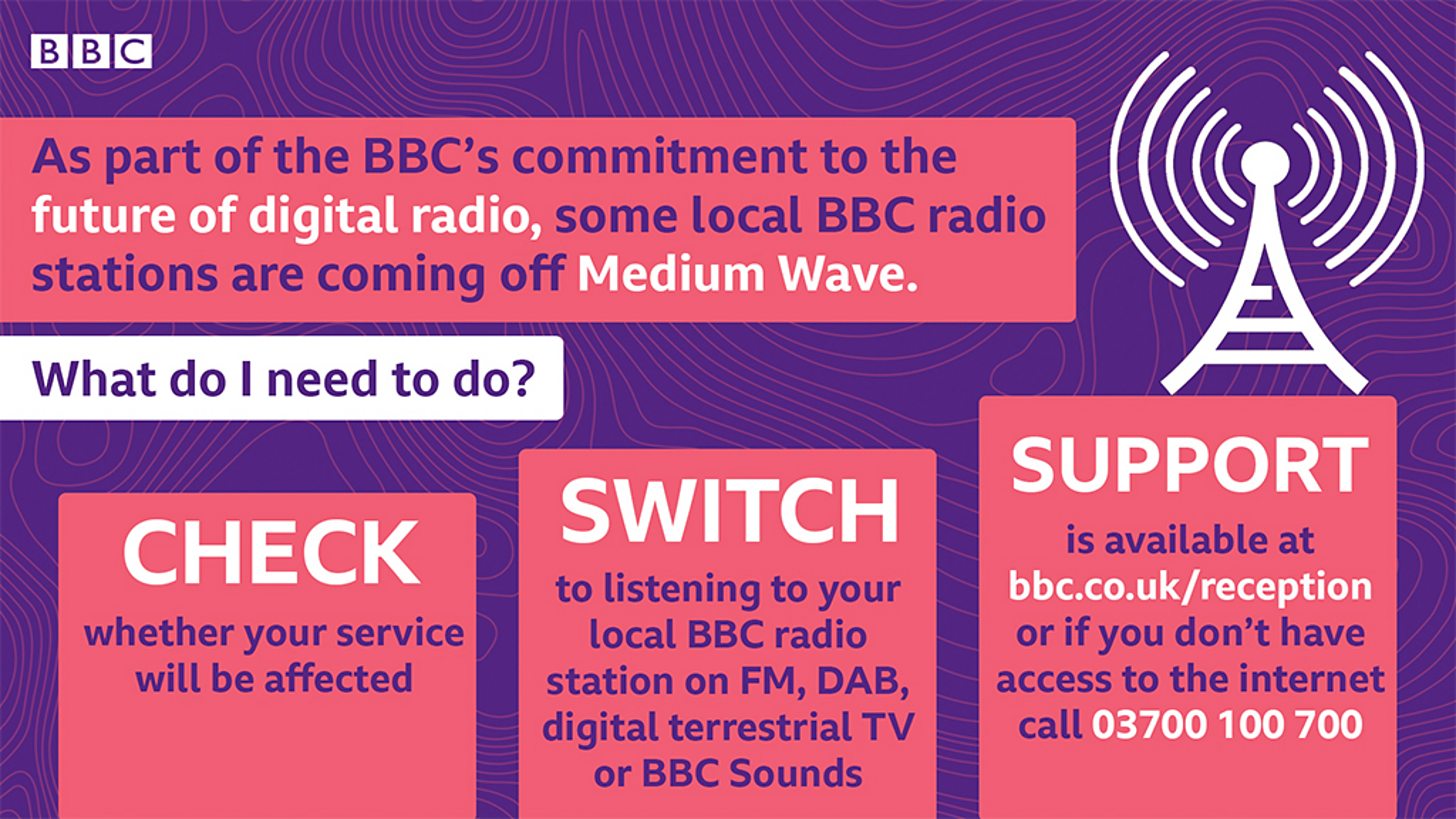 In addition, BBC Radio Wales and BBC Radio Gloucestershire will reduce AM coverage.

The BBC’s intention to close MW transmitters was first announced ten years ago in 2011.

In 2018 the corporation commenced with these and continued them in 2020 across Scotland, Wales, and England.

Kieran Clifton, Director, BBC Distribution & Business Development writes: “A large and increasing share of radio listening in the UK – including to the BBC – is digital, and the BBC is committed to a digital future for radio.

“In recent years we have made significant investment in local DAB expansion, all of our local radio stations are available on digital terrestrial TV (such as Freeview), and we have transformed our online and mobile offering with BBC Sounds.”