A company operating under the name of North Norfolk Digital is one of the organisations awarded a small-scale DAB multiplex from Ofcom today.

The award is part of Round One applications, which also sees licences handed to Cardiff DAB, Edinburgh DAB, Future Digital Norfolk (Norwich) and Leeds Digital Media.

It follows new licences given out in Inverclyde, Winchester, Cambridge and Sheffield & Rotherham in MarchFebruary.

Further licence awards for the remaining 11 areas that were advertised in Round One will be announced over the coming weeks. Round Two licence areas, for the North West of England and North East Wales, will be advertised on 1 June 2021.

Steve Potter, director of North Norfolk Digital Radio said; ”Having successfully run the Cambridge small-scale DAB trial for a number of years we are delighted to have been awarded the full-time licence for King’s Lynn.

With an experienced team of SSDAB operators from both the community and commercial sectors, along with an exciting launch list of service providers, we look forward to providing a new broadcast service to the people of King’s Lynn.”

FDN plans to begin work on launching the full-time multiplex shortly, once a full technical plan has been agreed with Ofcom.

FDN Director, Dr. Lawrie Hallett, said: “We are absolutely thrilled to have been awarded a long-term SS-DAB licence for Norwich. This will give us the operational stability to further develop our successful broadcasting to the City over the longer term.

“Since 2015 we have developed strong relationships with a wide range of service providers, supporting both the community and the commercial sectors. We recognise the value of providing a wide range of services to listeners in Norfolk and welcome the opportunity to build on our existing industry links and to working with both established and new services in future.

“With the move from trial operations to a full-time licence, we look forward to enhancing our technical infrastructure in ways that should benefit both listeners and broadcasters alike.”

In Cardiff, Cardiff DAB is owned by Safer Wales, Chris Hurst and Niocast Digital. Cardiff DAB Ltd intends to launch the multiplex in less than 6 months from award of licence.

The proposed station line-up in Cardiff is: 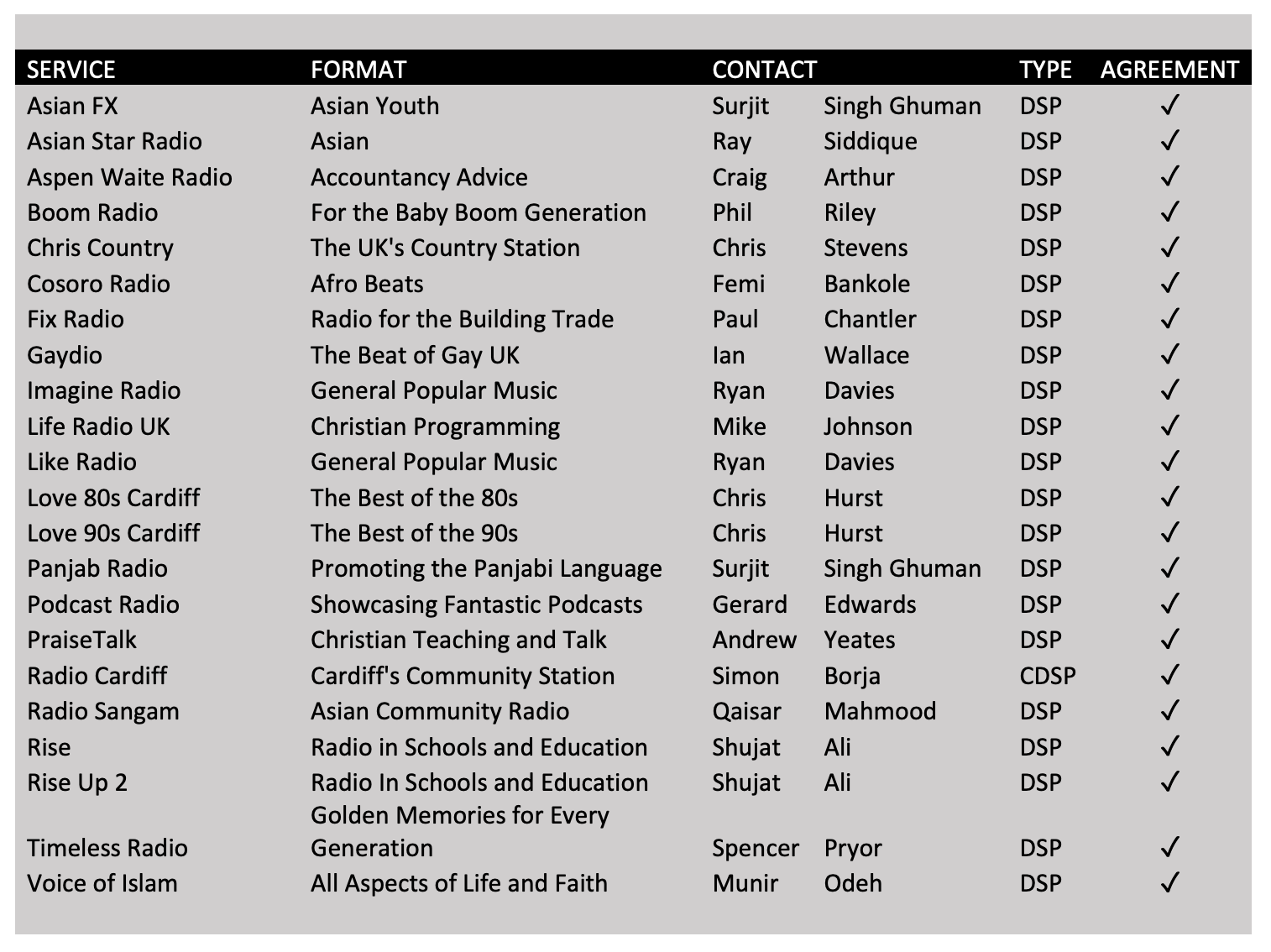 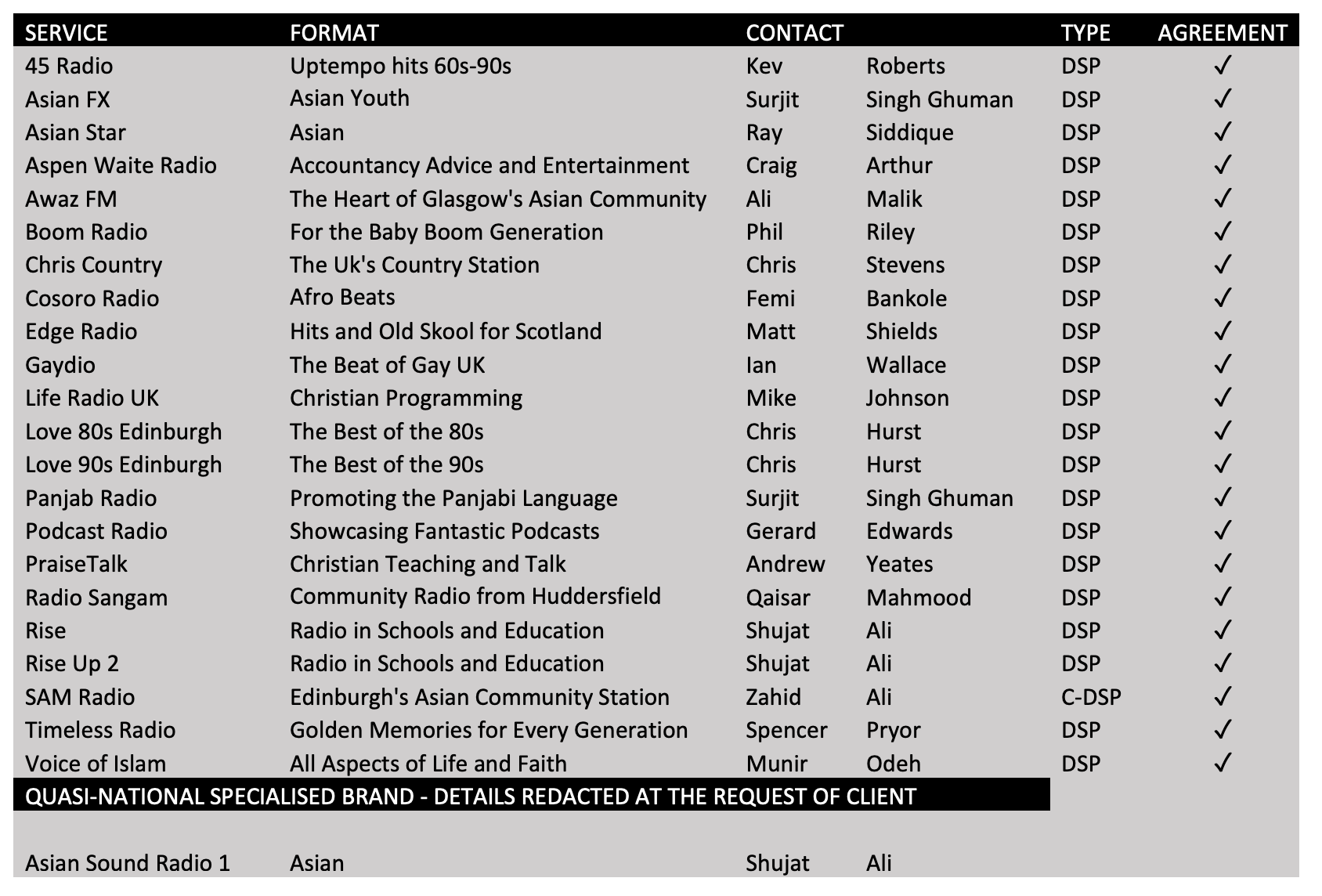 (North Norfolk Digital is the name of a spoof radio station on a television show in which Alan Partridge hosts the mid-morning show, played by Steve Coogan!)