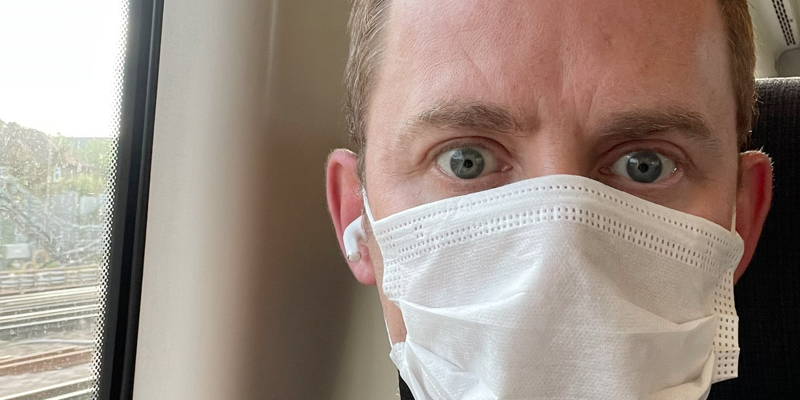 Scott Mills is doing double shows every day this week as he covers for Ken Bruce on BBC Radio 2.

Scott tweeted early on Monday morning to his 1.2m followers saying he’s on both stations all week, along with a photo of him on a train heading to London.

It’s the first time Scott has filled in on a daily show on BBC Radio 2 and continue to host his regular programme, although he did two shows on a Bank Holiday Monday in 2018 from 1pm till 4pm on Radio 1 and 4pm till 7pm on Radio 2.

He’ll be doing Ken Bruce’s regular features including Pop Master at 10.30 before heading from Wogan House to Broadcasting House at 12.30pm.

Early train for double shows all week! In for Ken 9.30am @BBCRadio2 then as normal 1pm @BBCR1