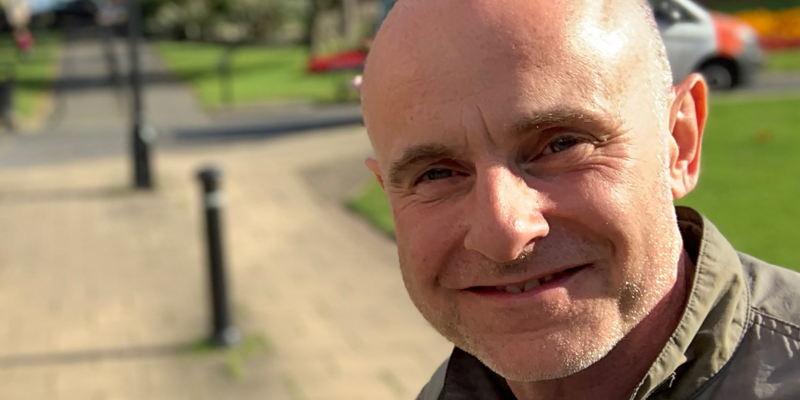 BBC and former commercial radio presenter Dom Busby has died after a short illness at the age of 53.

Dom worked at the BBC for over 30 years, most recently in sport for various radio stations.

Colleagues and radio stations have been tweeting tributes since the sad news was announced this morning.

His career took him around BBC local radio, BBC Radio 5 and 5 Live, and as one of the launch presenters at Minster FM in York.

We’ve lost one of our own at @bbc5live.

See you around old friend pic.twitter.com/CQ6sT8H8l3

If you didn’t know Dom Busby by name, you’d probably heard his voice – as he presented shows on countless BBC local radio stations.

He was also a fantastic, “sit up and take notice” sports broadcaster – this was the final bulletin he read on Radio 4 in early April.

In loving memory of the nicest guy you could ever meet. From MinsterFM and BBCYork to FiveLive and Radio 4 @Dom_bbc Dominic Busby was quite simply unique. He died today after a short illness. #york #harrogate pic.twitter.com/l0jTk0Y57L

It’s with great sadness that we report the passing of former presenter Dominic Busby after a short illness. He was a well loved member of our team. Our thoughts are with his family and friends.
Rest in peace Dom. pic.twitter.com/inOZp8BJyM

Our paths rarely crossed physically but when we did see one another Dom Busby always greeted me like a close friend. That was Dom.

A lovely, warm & incredibly positive guy (+ v.talented broadcaster) who made EVERYONE around him feel better. Thoughts with all who knew him #RIPDom pic.twitter.com/3dHzgD4zBY

Our former colleague and friend – presenter Dom Busby has died after a short illness. Dom was a familiar voice across BBC radio including here at Radio Lancashire. The thoughts of everyone here are with his family and friends.https://t.co/OnC5HTtCEv

This is such sad news. The most positive, warm and encouraging person.

Pleased that our paths crossed and devastated that he has been taken from us.

Dom was such a kind man. He was so welcoming when I joined the BBC… he always had a compliment and a lovely smile for his friends and colleagues. Such a sad day.

RIP Dom Busby. Such a nice, gentle, positive and charismatic human being who was wonderful company. So sad to hear this news. BBC has lost a real friend. Wish the world was full of Dom’s pic.twitter.com/AGjtK3ecvD

So very sad to learn about the death of Dom Busby. I’d worked quite a bit with him over the past few years, including a final time @RadioHumberside only months ago. He was always complementary about my work, which meant a lot coming from someone as liked and respected as him

Sad news to hear than Dom Busby has passed away. A lovely man- my condolences to Dom’s family, friends and colleagues.#RIPDomBusby

I first came across Dom Busby listening to the Word Football Phone In, and his infectious rapport alongside @dotunadebayo & @Tim_Vickery

But he would ALWAYS genuinely ask how I was.

A dear old friend @Dom_bbc died last night after a fight against a brain tumour. We started our careers at BBC Radio York and remained friends. Terribly sad, but I'm happy he's no longer in pain. He was a one off. @dombusby pic.twitter.com/jq9F3Xr4vN

Such a great broadcaster, you will be greatly missed by all those who had the honour of being on shift with you x pic.twitter.com/KDwZJD3YWR