BBC Radio 6 Music is holding its own stage at All Points East in Victoria Park, London in August.

Performances from the event over the Bank Holiday Weekend (Friday 27-Monday 30 August) will be broadcast on 6 Music and BBC Sounds.

Gemma Cairney, sitting in for Lauren Laverne on the Breakfast Show today, revealed more details about the festival during the programme, and spoke to Arlo Parks about the excitement and buzz around All Points East.

As part of this special collaboration as the music festival’s broadcast partner, some of the station’s presenters have curated the line-ups for the 6 Music Stage across the weekend and will perform DJ sets themselves.

Tom Ravenscroft gets things underway on Friday 27 August, Gilles Peterson has picked the bill on Saturday and Mary Anne Hobbs’ line-up on Monday is an ‘All Queens’ mix.

Tom Ravenscroft says: “I’m absolutely stoked to have been asked to curate Friday’s 6 Music stage at this year’s All Points East. It’s such a treat to be able to invite along so many of my favourite artists. I mean, look at that line-up! It’s insane!”

Gilles Peterson will broadcast his show live from the festival (Saturday, 3-6pm) and will be talking to the artists taking part on his curated stage. More details on the broadcasts from the 6 Music Stage will follow.

Gilles says: “It’s so great to have festivals back and to be able to put together such a diverse line-up for the 6 Music stage at APE.

Mary Anne Hobbs: “It’s such a joy to present the ‘All Queens’ line-up at All Points East ’21. Six of the most thrilling female DJs standing shoulder-to-shoulder, and playing right across the rich spectrum of electronic music.”

Camilla Pia, Assistant Commissioner, 6 Music says: ”I’m so excited that BBC Radio 6 Music is part of All Points East this summer, with our presenters Mary Anne, Gilles and Tom expertly curating the line-ups for the 6 Music Stage across the weekend. They have picked some of the most exciting DJs out there to complement what is already a stellar bill. It’s going to feel so special to be back at a festival again.” 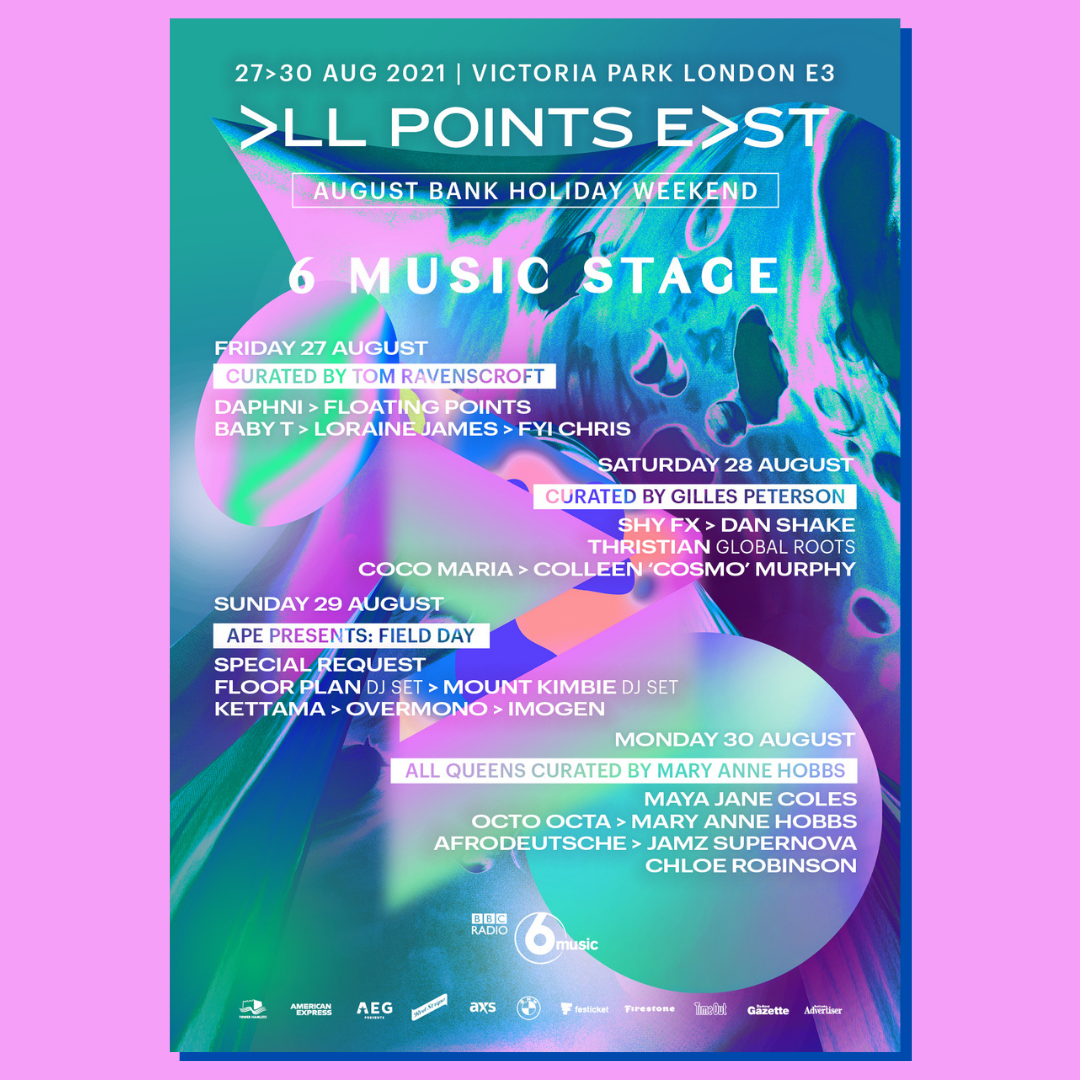