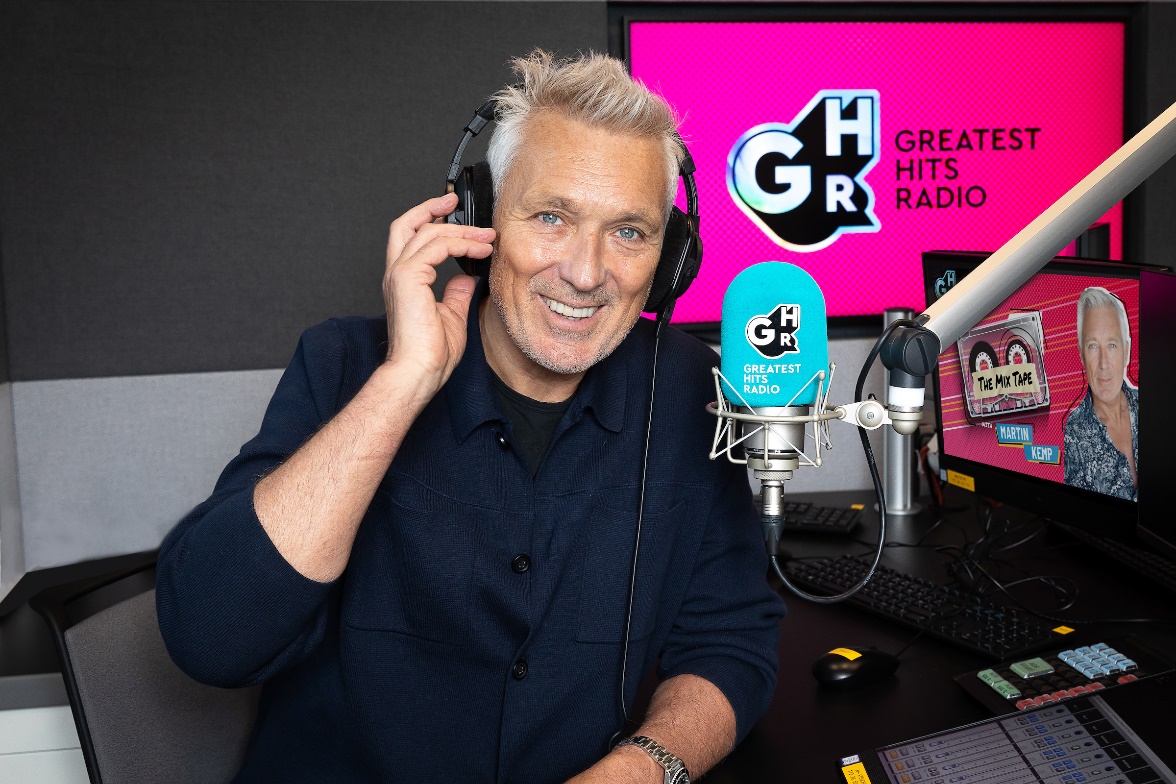 Martin Kemp is getting a weekly show on Greatest Hits Radio following his London Calling series on the network.

The Mix Tape with Martin Kemp will include two hours of hand-picked weekend songs from the 70s 80s and 90s, along with listener requests.

Speaking about the new show Martin said “I’ve had so much fun being part of the Greatest Hits Radio gang this month, so I’m thrilled to be staying on to launch this new show.

“Join me this July as I kick start your weekend with a selection of my favourite party tracks.”

The new series will run each Friday in July, starting from 2nd July.

In June, Martin hosted ‘London Calling’ which looked at the contribution London made to the greatest hits of all time, while celebrating the musicians who made the city their home, and the music they’ve created.