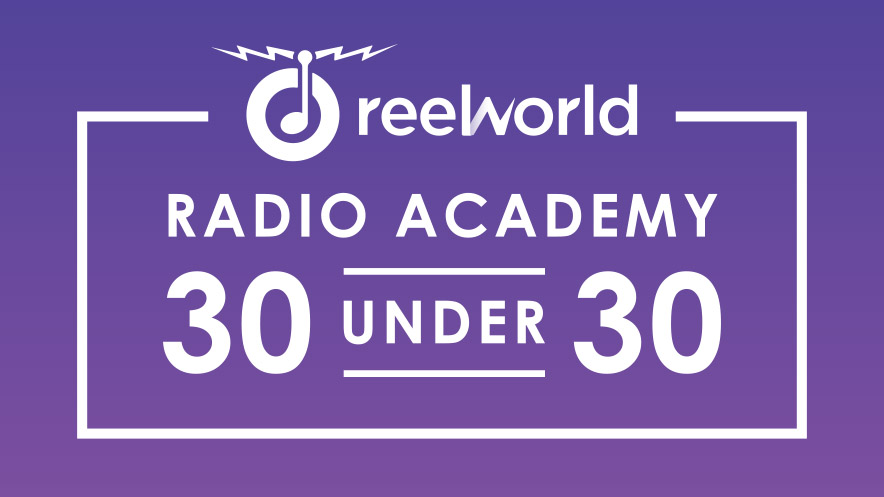 The hunt has begun for the UK radio and audio industry’s latest Ones To Watch, as the ReelWorld Radio Academy 30 Under 30 has opened for entries.

The annual list of 30 exceptionally talented young people in the business will be unveiled later this year, and the scheme is open to entries from now until the end of August.

Each year, the 30 Under 30 lists people who The Radio Academy thinks will lead our industry into a bright and bold future, demonstrating passion, skill, tenacity and a proven trajectory in radio and audio.

Since its launch in 2011, being included in the 30 Under 30 list has become established as one of the great honours of a young radio professional's career, with many alumni going on to senior leadership roles in the industry.

People on the list represent all areas of the sector, from production to presenting, engineering to live music, station sound to journalism – one thing unites them; they are the best of the best.

Chairing the 30 Under 30 Judging Committee for the 9th year, Bauer Media’s Steve Parkinson said: “It’s my honour to continue as Chair of 30 Under 30 for another year.

“So many of the 30 under 30 alumni tell me that they use this special recognition both as a confidence builder as they progress their career, and as a CV headline to open doors and start conversations. The last year has shown the radio and audio industry to be at their creative and resilient best, and I’m expecting some fantastic submissions with stories of incredible impact, scale and quality.”

Now in their 7th year supporting 30 Under 30, Managing Director of ReelWorld Europe Anthony Gay, said: “Creativity, innovation, and quality are values close to our heart so it’s a privilege to once again be supporting the 30 Under 30, and championing awesome individuals at the top of their game.

“The inspiring people who make the list are taking our medium to exciting new places. The radio and audio industry has massively stepped up in the last twelve months and the momentum continues, driven by the kind of people the 30 Under 30 wants to acknowledge.

“The power of sound has once again proved itself to be powerful and memorable in engaging and uniting people across communities and I can’t wait to see the submissions for the Class of 2021."

Entries for the ReelWorld Radio Academy 30 Under 30 are open from now until 31st August 2021, and people can put themselves forward or be nominated by another Radio Academy Member. Entries are via the Radio Academy website, where you can also find answers to commonly asked questions, and lists of all previous 30 Under 30 alumni.