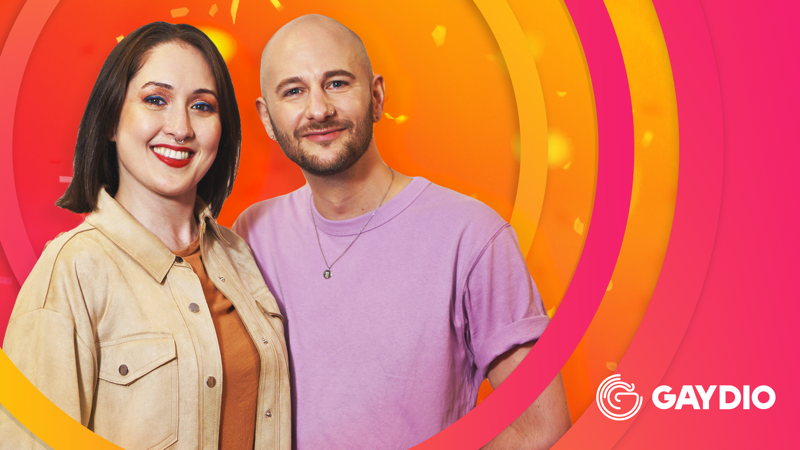 A new double-header breakfast show has been announced at Gaydio with Paris Munro and Dave Cooper.

Paris joins the line-up after a career working across radio around the UK and abroad.

Dave cut his teeth programme making both in Manchester and Brighton as well as spending several years as a mainstay behind Gaydio’s ‘in the mix’ weekend programming.

In addition to changes at Breakfast, Brett Harris is taking over the after 1 till 4 slot.

Local programming for Brighton and Manchester also sees a shake-up as part of the changes, giving more opportunities to those wanting to get involved with radio industry in these two LGBTQ+ cities.

Gaydio’s Content Manager, Kriss Herbert told RadioToday: ‘We’ve been a big fan of Paris’ for many years now – it was just a matter of time before we managed to make room for her in the Gaydio family.

“She’s a natural breakfast broadcaster, and her quirky humor and passion for LGBTQ+ life in the UK are just what our loyal audience is all about.

“Dave’s a natural fit for us, a true home-grown talent that started out making a un-presented mixshows, to being on air in two of our core broadcast cities, and someone that’s really at home with the music that makes us tick – he lifts any room he’s in, and can’t wait for him to do the same for our breakfast listeners.”

Paris Munro said: “Pinch me! This is insane! I can’t believe I get to do my dream job with Dave who makes my belly hurt so much from laughing, I’m so excited it’s beyond words, it’s been on the tip of my tongue for a while, but now the secret is finally out!”

Dave Cooper said: “Christmas has come early for me to be honest, I’m over the moon to be a part of this brand spanking new show and to be doing it with Paris feels like a double win. Bring on the bonkers brekkie shenanigans, I’m well ready for it!”

CEO Ian Wallace added: “The past eighteen months have been a tough time for so many people around the UK, but we know our audience really valued the connection to their community that they get when they listen to Gaydio.

“As a broadcaster, we’re looking towards 2022 in a stronger position than we’ve ever been to before and the new Gaydio Breakfast line-up is a testament to that.”