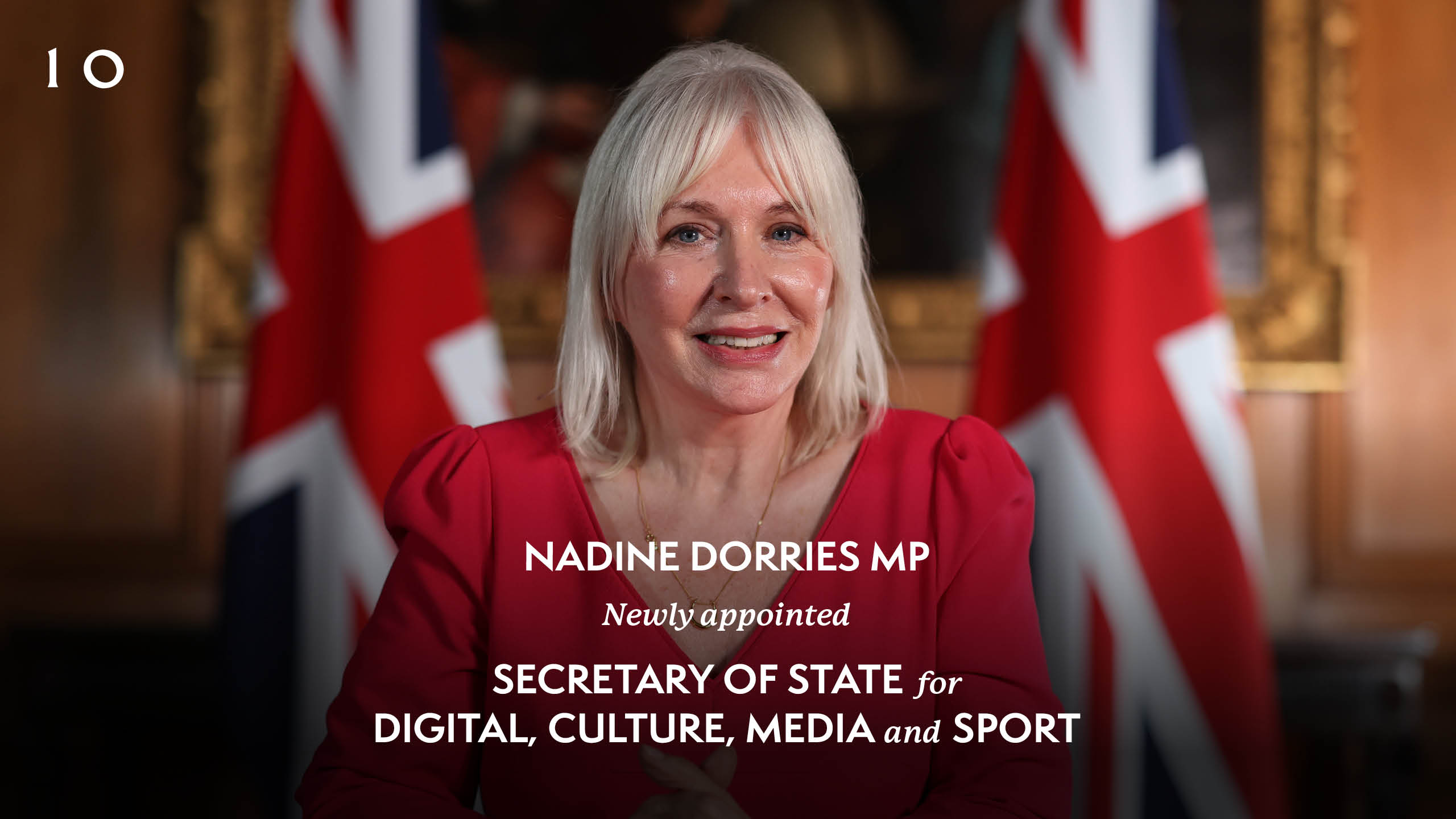 The Department for Digital, Culture, Media and Sport has a new minister in charge, as Nadine Dorries MP replaces Oliver Dowden CBE MP in the cabinet reshuffle.

The change, announced on Wednesday afternoon, makes Nadine the 11th Culture Secretary in the last 11 years.

Nadine, originally from Liverpool, has been MO for Mid Bedfordshire since 2005.

Her upcoming tasks will be to appoint a new Chair for Ofcom and agree on the next BBC Licence Fee settlement.

Her public profile had no mention of any radio or television experience, but she did appear on reality TV programme I’m a Celebrity…Get Me Out of Here! without informing the Chief Whip in 2012.

Oliver Dowden is now co-Chairman of the Conservative Party after being appointed Minister without Portfolio, Cabinet Office.