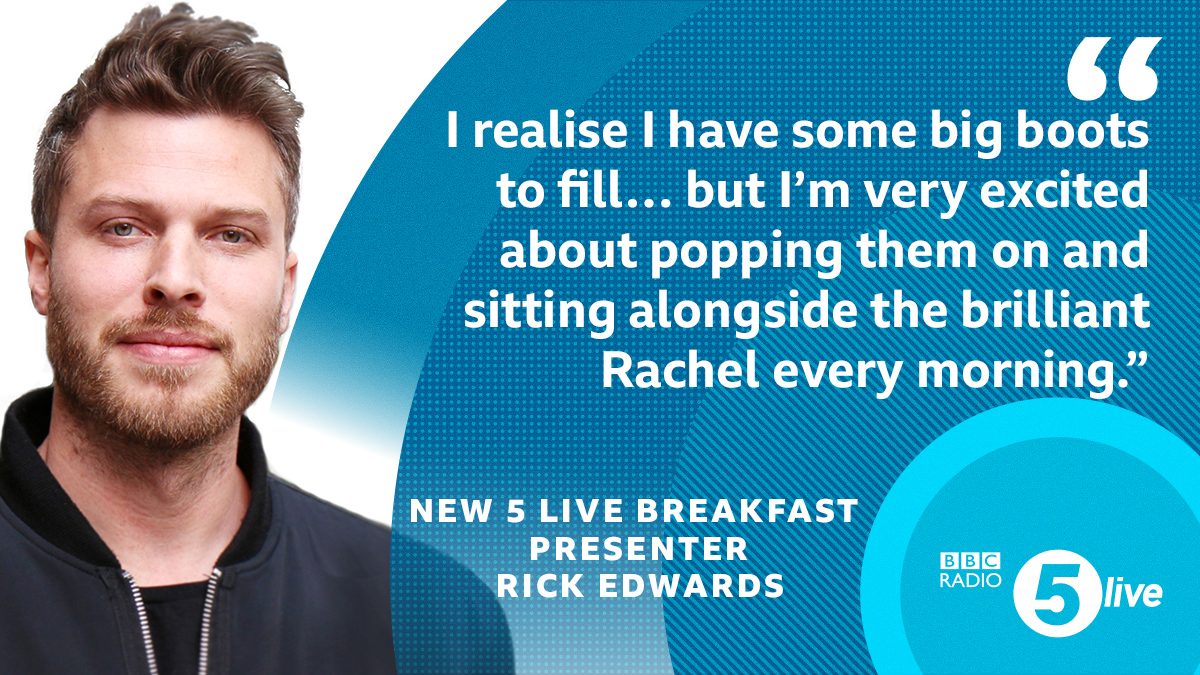 The new-look 5 Live Breakfast will launch in November following Nicky Campbell’s move to a later slot.

Rick, who currently guest-presents several shows on the station, said: “When it comes to 5 Live, I’m a long-time listener, first-time breakfast-show-presenter.

“I’ve always loved the station’s heady mix of news, sport and free-wheeling conversation. I realise I have some big boots to fill – I checked, and Nicky Campbell’s an eye-watering UK12! – but I’m very excited about popping them on and sitting alongside the brilliant Rachel every morning.”

He began his career on the stand-up circuit after graduating with a degree in Natural Sciences from the University of Cambridge, and has since gone on to present popular television shows such as BBC1’s daytime quiz show !mpossible, River Hunters and BBC Three’s Free Speech.

Rachel, who has presented the weekday breakfast show since 2011, said: “It’s a joy and a privilege to be starting a new chapter on 5 Live Breakfast with Rick. He has a love of sport and a curiosity about the world, which our 5 Live family will love. Plus, he knows a lot about octopuses, which will surely come in handy at some point!”

Heidi Dawson, Controller of BBC Radio 5 Live, said: “With Rachel and Rick, 5 Live Breakfast will continue to be at the heart of the UK conversation, talking about the stories that matter to our listeners. From breaking news to the biggest sport stories, 5 Live Breakfast will set up listeners for the day ahead, keeping them connected and making them smile.”