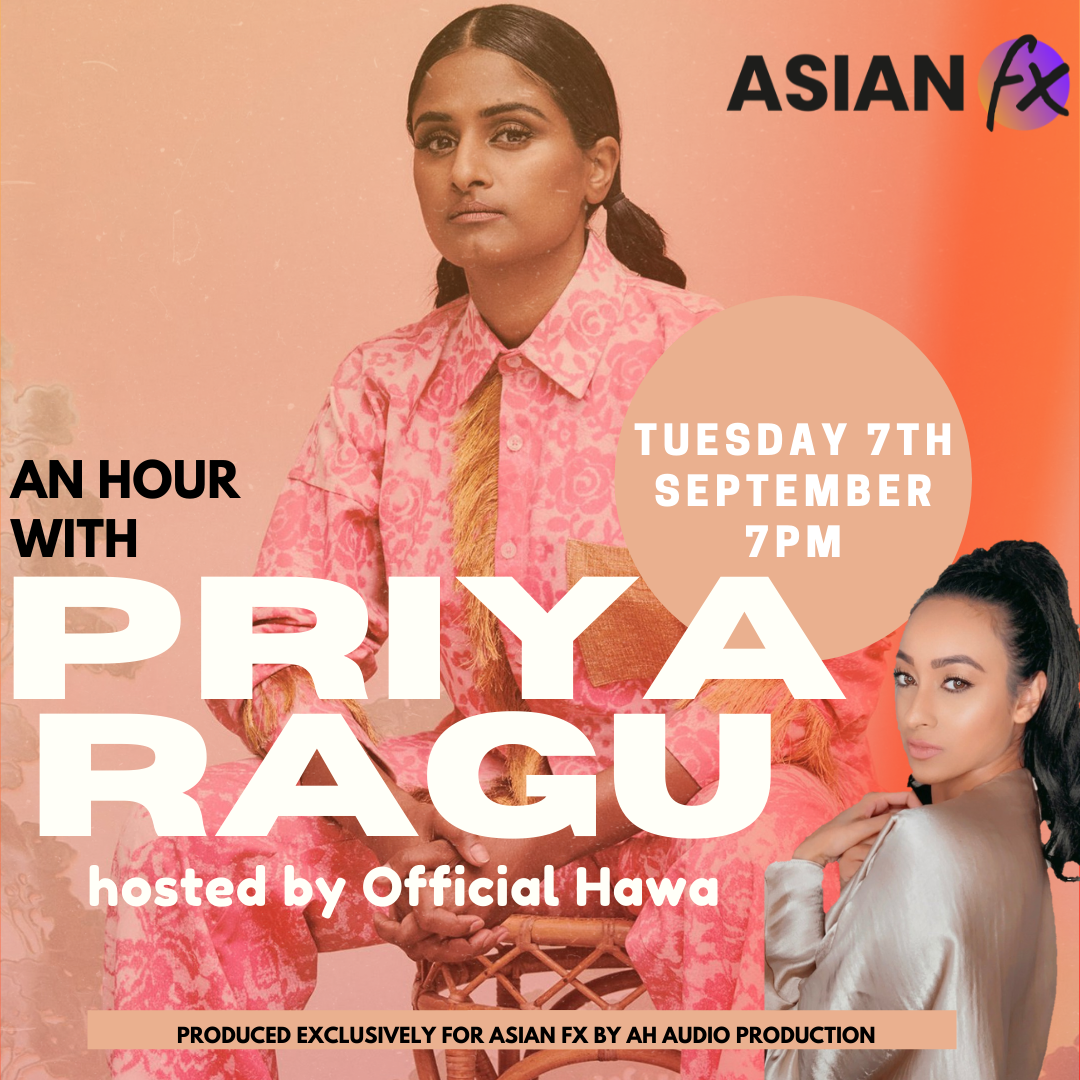 Hear Priya talk about her heritage, her time spent in America where she found inspiration a little closer to home, her upcoming European Tour and new tracks from her debut mixtape “damnshestamil” released on Friday 3rd September.

Producer Anna Harrison said: “It was a real pleasure to work with such an inspiring, new artist. I loved every minute of making this special.”

Shivi Hotwani, Asian FX Programme Director said: “This interview is part of our ongoing commitment to invest in and produce innovative programming for London’s British Asian population and connect to them via music.”