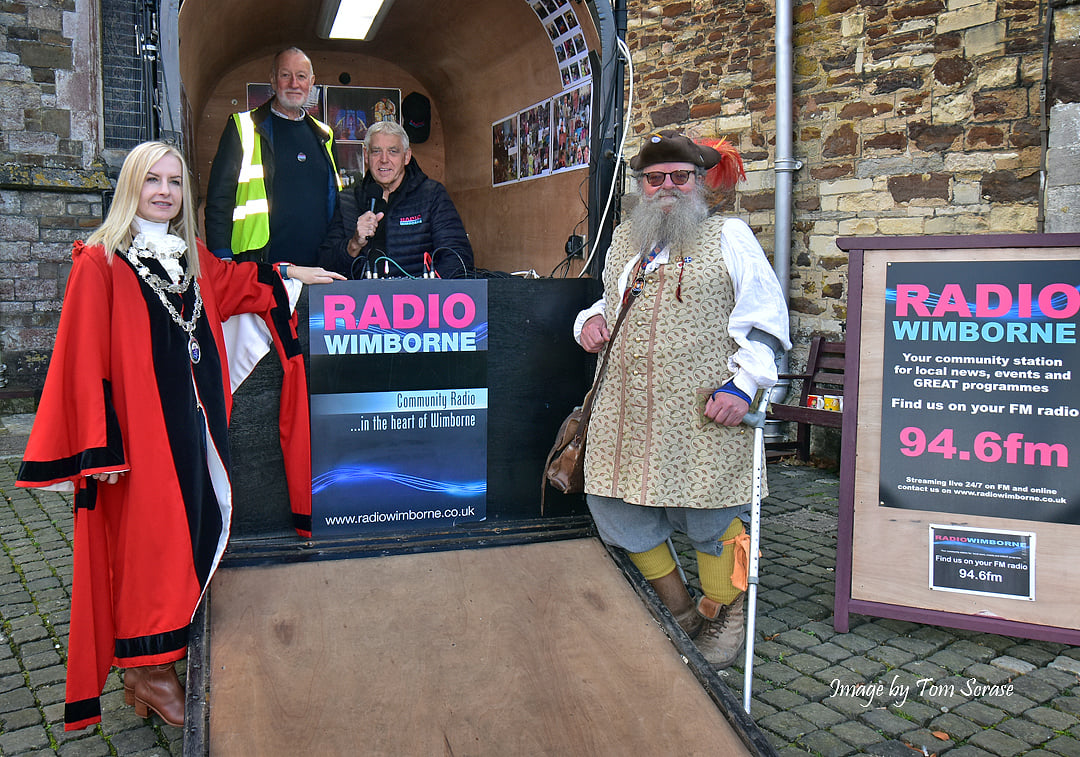 Community station Radio Wimborne has switched on its transmitter to cover the town of Wimborne Minster in Dorset.

The service has been operating online since 2014 but won a five year Ofcom licence in March 2020.

Radio Wimborne officially appeared on 94.6 FM on Saturday 16th September during an event on the Minster Green in the town centre.

The mayor, councillor Kelly Webb and Town Cryer Chris Brown were in attendance.

Chris Rigler from Radio Wimborne told RadioToday: “The station is delighted to at last add the 94.6FM transmission to its online service which has been running since 2014 and look forward to serving the local community of Wimborne Minster and surrounding villages.”