Capital’s Jingle Bell Ball is returning for 2021 with all the artists announced over the course of this week on Capital Breakfast with Roman Kemp.

The two-day event is taking place at the O2 Arena across the weekend of Saturday 11th and Sunday 12th December 2021.

This year, the Global Player app is the only place to buy tickets for the event. 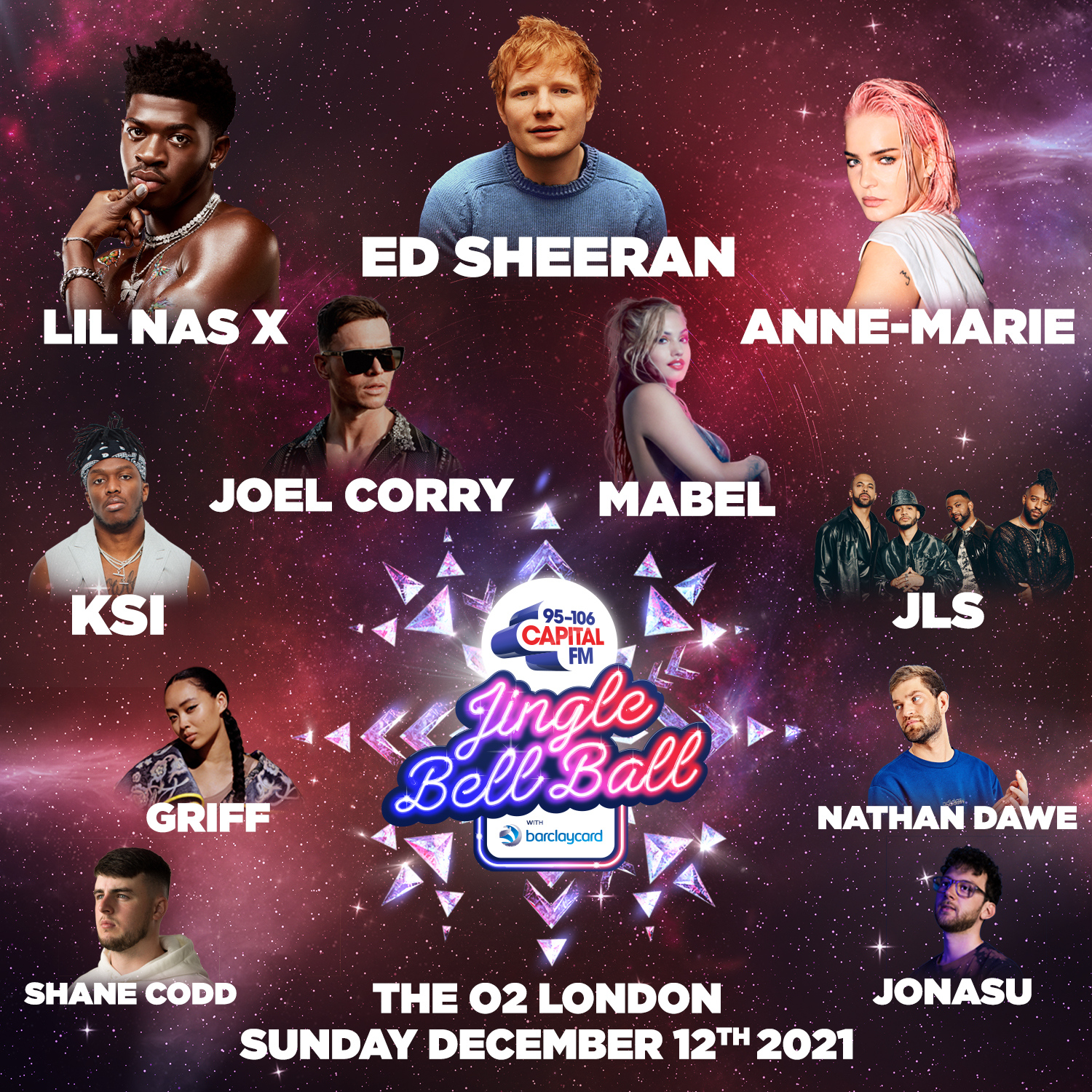 Ashley Tabor-King OBE, Founder & Executive President of Global, said: “Today we revealed that a star-studded line-up of the world’s biggest hit music artists will play night two of Capital’s Jingle Bell Ball with Barclaycard and what a show we have lined-up for Capital listeners! The countdown to Christmas is officially on!”