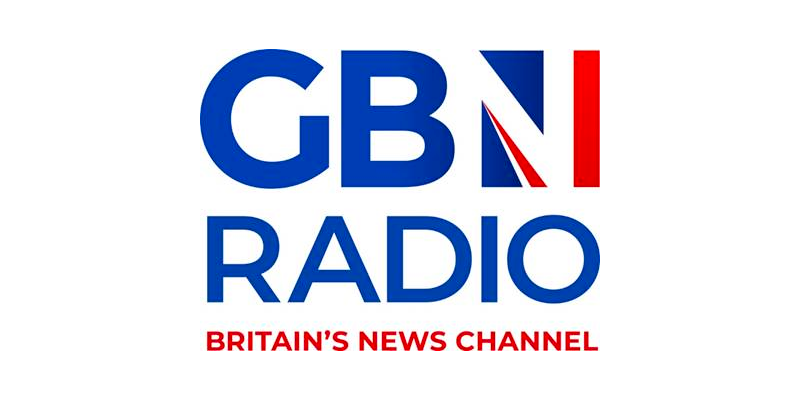 GB News Radio has appeared on the Digital One national DAB multiplex ahead of its official launch in January.

The station is currently running a pre-recorded promotional loop but from January 4th 2022, GB News will be available on the radio in addition to the TV with a 24/7 simulcast.

It will be the only broadcaster to offer its entire output across both radio and television nationally, and the first since the early days of DAB when ITV offered a similar service.

New breakfast hosts Eamonn Holmes and Isabel Webster will be the first to present on the dual service when their television programme kicks off on January 4th with a live test of the radio transmission.

Another new programme, The People’s Question Time, will launch early in the new year in the 8pm prime time slot on Mondays to Thursdays.

Colin Brazier will anchor a new two-hour programme in Drivetime at 4pm on weekdays, a move designed to embrace a traditional radio audience on their way home, where they can continue watching on television.

Alex Phillips will host We Need to Talk About…, at 2pm on weekdays, aimed more directly at women and building on the franchise she has already created within her show.

The channel’s recently introduced Headliners, featuring a panel of British comedians discussing the next day’s newspapers, will become a seven-night offering at 11pm.

Other developments for the New Year include:

Having launched in June with seven daily shows in its schedule, GB News has doubled its programming, in addition to the hourly news bulletins launched in October.

Chief Executive Officer Angelos Frangopoulos said the changes were the first of many for 2022, including a huge extra investment the channel’s digital service: “With radio, we’re turning traditional media on its head because everyone will be able to continue with the same channel whether they’re at home, travelling, or at work.

“We set out to innovate and shake up news media and that’s what we’re doing, whether it’s on mass reach television and DAB radio, online, Apps, live on YouTube, or digital platforms, GB News will be wherever audiences want us to be.”