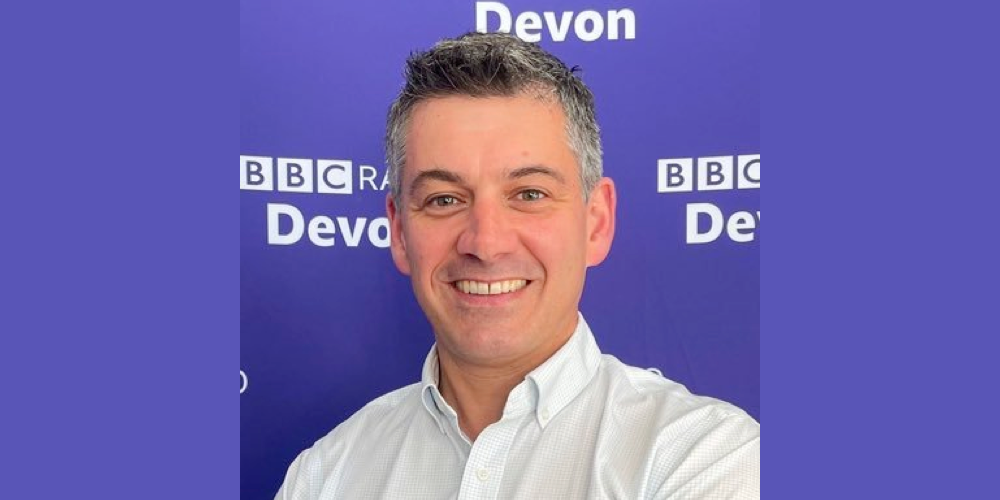 Mark says he’s leaving BBC South West after 12 fantastic years and is excited about this his challenge.

He said: “I’ll be supporting strategic planning and leading the office of one of the biggest BBC divisions which delivers local, regional and nations services to millions of UK people on TV, radio and digital.

“It’s a fantastic new job for me, I’m over the moon and can’t wait to get started in March. But it’s also a day of sadness as I told my amazing colleagues and friends at Spotlight, Radio Cornwall and my beloved Radio Devon I am leaving.

“There isn’t a day when I’m not bowled over by how far the hardworking team in Devon go for our audiences – always with positivity, determination and incredible good humour. Supported, of course, by the fab Stephanie Marshall I have loved every minute and will miss you all very much.”

Mark started his career in the South West at Plymouth Sound as a presenter in 1994 before heading to ITN in 1996. Five years later he become Deputy Group News Editor for GWR and later Group News Editor at Global. He’s been with the BBC since 2009.

And now some news about me! New job alert!! https://t.co/RS1Md3i7oN