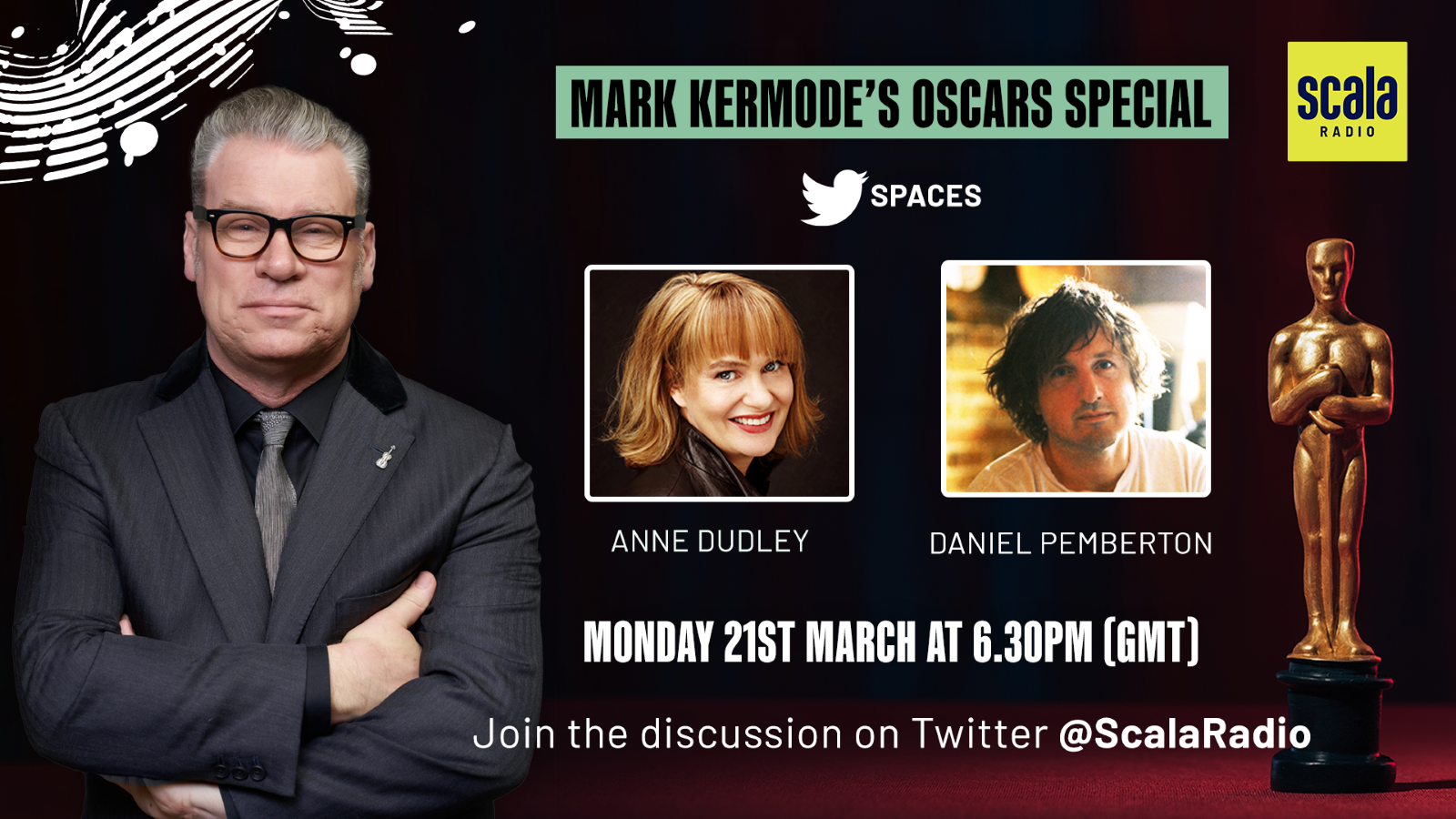 They’ll discuss the relationship between music and film, the film scoring process and look ahead at this year’s Oscar-nominated soundtracks and the potential winner.

“I am hugely excited to talk with Anne Dudley and Daniel Pemberton, two composers of extraordinary calibre about what the ingredients are of an award-winning score” commented Mark.

Twitter Spaces presents a new way to have a live audio conversation and the event on the 21st will be Scala Radio’s first-ever Spaces, allowing listeners from all around the world the opportunity to engage and hear this discussion.

Mark Kermode presents weekly on Scala Radio each Saturday from 1 – 3pm where he brings his love of film and music to the station with his own show looking at the latest films, championing up-and-coming film composers as well as exploring the film scoring process.