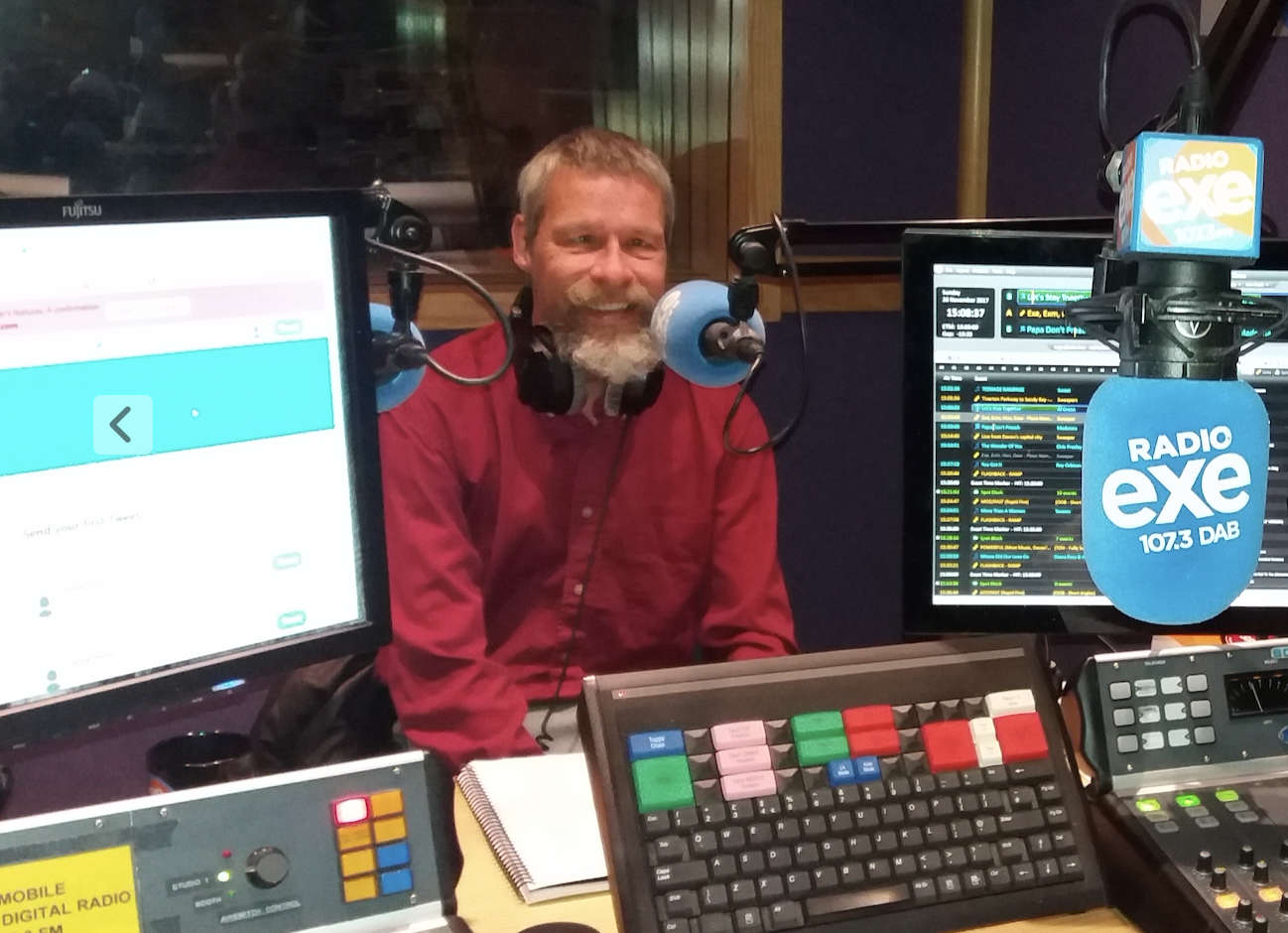 Radio Exe presenter Mike Reynolds has died suddenly at the age of 54 the station has announced.

Mike co-presented The Flashback, a retro show of hits from the 50s to the 80s which he hosted alongside his friend Dean Brame.

On Monday, he was rushed by taxi to hospital but died of a suspected heart attack not long after.

His Flashback co-presenter Dean Brame said: “I’m numb. It’s such a shock to lose someone so way before their time, and to lose Mike is simply indescribable.

“As a child, he couldn’t see much, but what he did put to great use was his ears and his memory. He loved pop music, he lapped it up, and he shared that knowledge. I will miss him enormously.”

Radio Exe’s managing director said: “Mike always used to say that if he didn’t have bad luck, he’d have no luck in life at all, and he was grateful for every day.

“That those days have ended so prematurely is unspeakably sad and undeserved.

“With so little eyesight, Mike always co-presented programmes or had someone else in the studio to control the equipment. Although he desperately wanted to do more, that meant he was often assisted by younger members of our team – and all were infected with Mike’s love of music and of radio.”

Registered blind from birth in 1967, Mike Reynolds spent his formative years glued to the radio and developed an encyclopaedic knowledge of popular music from the dawn of rock and roll onwards.

His musical awareness was so great that in 2008 he took part in the music quiz ‘Popmaster’ on BBC Radio 2 – and won with a maximum score. He was also blessed with a resonant broadcasting voice.

That prompted Radio Exe presenter Dean Brame to suggest Mike as a co-host for a new show on the station which became The Flashback’.

Not long after he started presenting the show, with his eyesight deteriorating, he was offered pioneering surgery at the Royal Devon and Exeter Eye Unit, gaining greatly improved sight for the first time in 2010.

Shortly after he told Radio Exe: ‘The procedure involved the removal of the lens in my left eye that had the cataract on. This was replaced by a plastic lens, enabling me to see things clearer than I had ever done before. I can’t thank the staff at the Eye Unit enough for what they managed to do for me.

“My right eye remains inoperable as the optic nerve failed to develop so am still totally blind in one eye, but even though I no longer have to wear specs, this does not stop me looking for them every time I wake up!”

One of the highlights of his bank holidays was presenting The Flashback. In 2017, he was thrilled to meet and have dinner in Exeter with Leee John of Imagination, whose 1982 hit ‘Flashback’ his show was named for. It was one of his favourite songs, just a tad behind Duran Duran’s ‘Save a Prayer.’

Of his Radio Exe show, Mike said: “The reaction we get is phenomenal, showing that radio stations don’t have to rely on the current charts to attract an audience. Last week we played Frank Sinatra from the 50s, the Beatles from the sixties, T-Rex from the 70s and the Maisonettes from the 80s. It’s a broad mix that wouldn’t be allowed on any other radio station.”