Kermode and Mayo take their film review to Sony Music 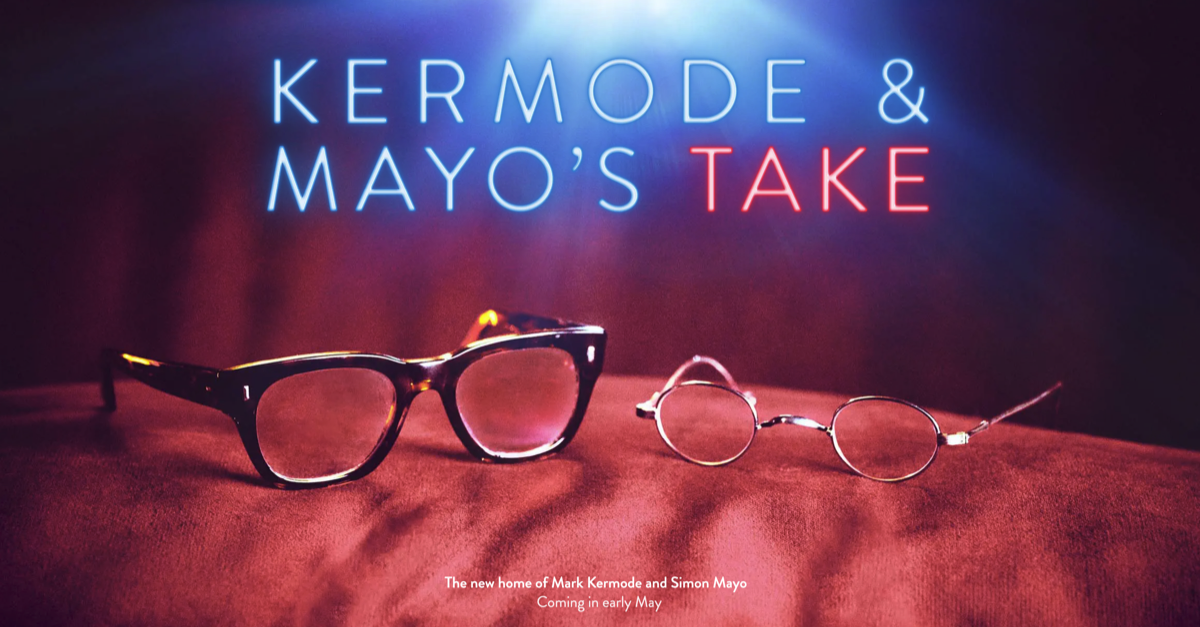 Mark Kermode and Simon Mayo are taking their film reviews to Sony Music Entertainment to be part of its growing podcast division.

The news has been announced following their last show on BBC Radio 5 Live on Friday afternoon, confirming the show will go on with two new podcasts per week.

Kermode and Mayo’s Take starts on Thursday 5th May and there’ll be an extra Take 2 podcast available to subscribe to.

Mark Kermode says: “Simon Mayo is quite simply one of the best broadcasters in the word and I’m thrilled to be teaming up with him again for this new Sony podcast, which will allow us to bicker about movies and tv (and skiffle, obviously) to our hearts’ content.”

Simon Mayo says: “We said it wasn’t the end. The sequel is here… this time with sequins.”

Jez Nelson, Executive Vice President and Co‑Head of Global Podcasts at Sony Music Entertainment, says: “Kermode and Mayo have made an incredible impact in UK audio for decades. They are radio icons but also pioneers of podcasting. We are thrilled to welcome them to Sony Music and to now work with them to take their amazing partnership and peerless take on movies to the next level globally.”

Kermode and Mayo's Take. Coming to a podcast platform near you… https://t.co/K37V7HeW2Q