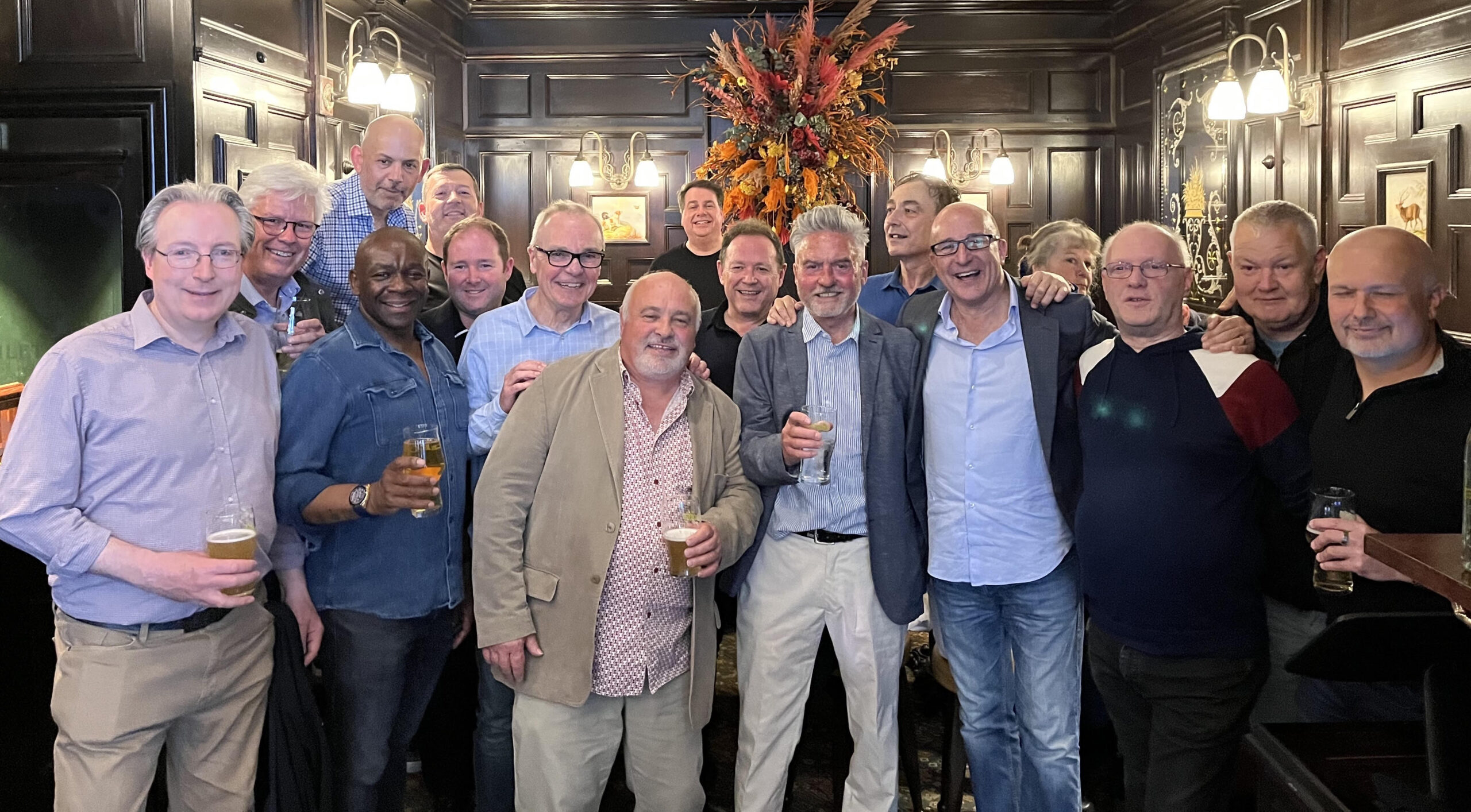 Presenters and staff from the first Radio Top Shop in Oxford Circus got together over the weekend to mark 40 years since the station launched.

Radio Top Shop, which became Fashion FM and eventually closed down, launched in London in 1982 and many of the hosts went on to work on local and national radio including Radio 1, Capital and Heart.

Over a dozen turned out to the event, held at the West End Great Portland Street pub The George – the (now renovated) traditional Thursday late-night shopping drinking hole at the time.

Steve Collins, the founder of Radio Top Shop, was there, along with many of the people who owe their break into radio to him – including Paul McKenna, Clive Warren, David Prever, Tim Smith, Nick Piercey and Gary King.

At its peak, a million people would go through the doors and hear Radio Top Shop London every week. The night brought together a group of people who hadn’t seen each other for decades.

I am very proud to have started my career at Radio Top Shop, London. Last night the class of '82-'92 gathered to celebrate our 40th anniversary. It was wonderful to see so many friends and colleagues, all who went on to achieve great success in national and local radio… pic.twitter.com/jufSnzVwWt

Two years in the creating, but the radio Top Shop London reunion happened. What a night thank you to everyone who came to celebrate Steve Collins who gave all of us our first break in radio. pic.twitter.com/ekFIE2nYZ6