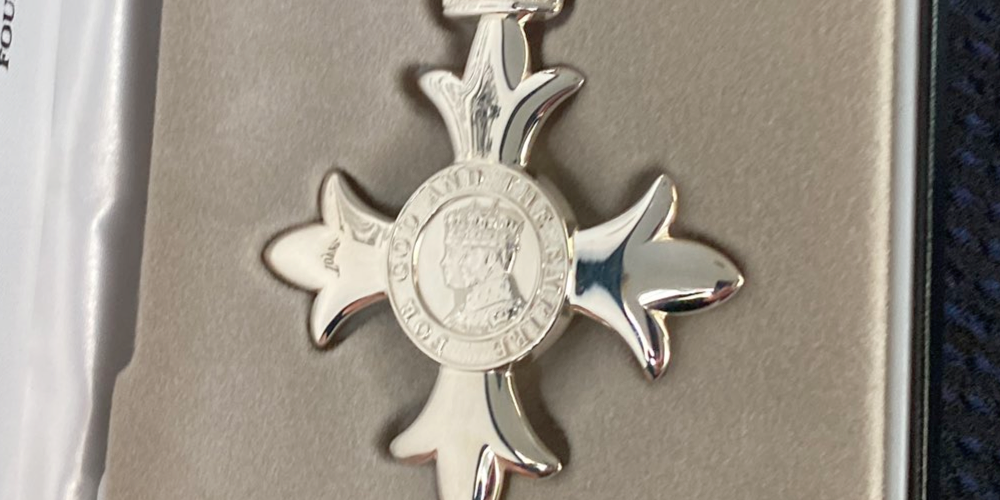 Simon received his medal from Prince William after being included in the Queen’s Birthday Honours list last year for his services to broadcasting and charity.

After yesterday’s ceremony, alongside a picture of the medal, Simon tweeted: “So this happened. Prince William did the pinning. A class act! We talked about Radio 1 and how he loved Faithless/Insomnia and Spiller/Groovejet. I suggested that’s he was clearly a bit of a clubber…

“He said maybe a secret clubber. I plugged Drivetime on GHR obviously, suggested he was just the right age to be joining us…”

So this happened. Prince William did the pinning. A class act! We talked about Radio 1 and how he loved Faithless/Insomnia and Spiller/Groovejet. I suggested that’s he was clearly a bit of a clubber… pic.twitter.com/zCiwLYbhQI

Siobhan was awarded an MBE for services to commercial radio and young people, in recognition of her transformative effect during her seven years at the helm of Radiocentre and huge efforts to increase diversity and open up, avenues into the industry.

The Duke of Cambridge and his wife had just recorded their contribution for this year’s Mental Health Minute. The fifth consecutive year of this cross-industry initiative was devised by Siobhan and the team at Radiocentre.

They, therefore, had a lot to talk about regarding radio’s important role in improving the nation’s mental health, and its ability to touch the individual while connecting us all to a greater whole.

Looking forward to this year’s minute broadcast on 13yj May, the Duke quipped that they would know if it was well-received if they were asked back for the sixth year.

Siobhan said: ‘I am honoured to have received this award on behalf of all the team at Radiocentre, especially so because the Duke and Duchess of Cambridge have supported the Mental Health Minute from the start. To me, it is an especially important recognition of the social purpose of the organisation. So in addition to lobbying for proper regulation and marketing the medium of radio, setting up the Young Audio Awards to encourage future generations to the wondertul world of audio, IS a legacy I am especially proud of.”