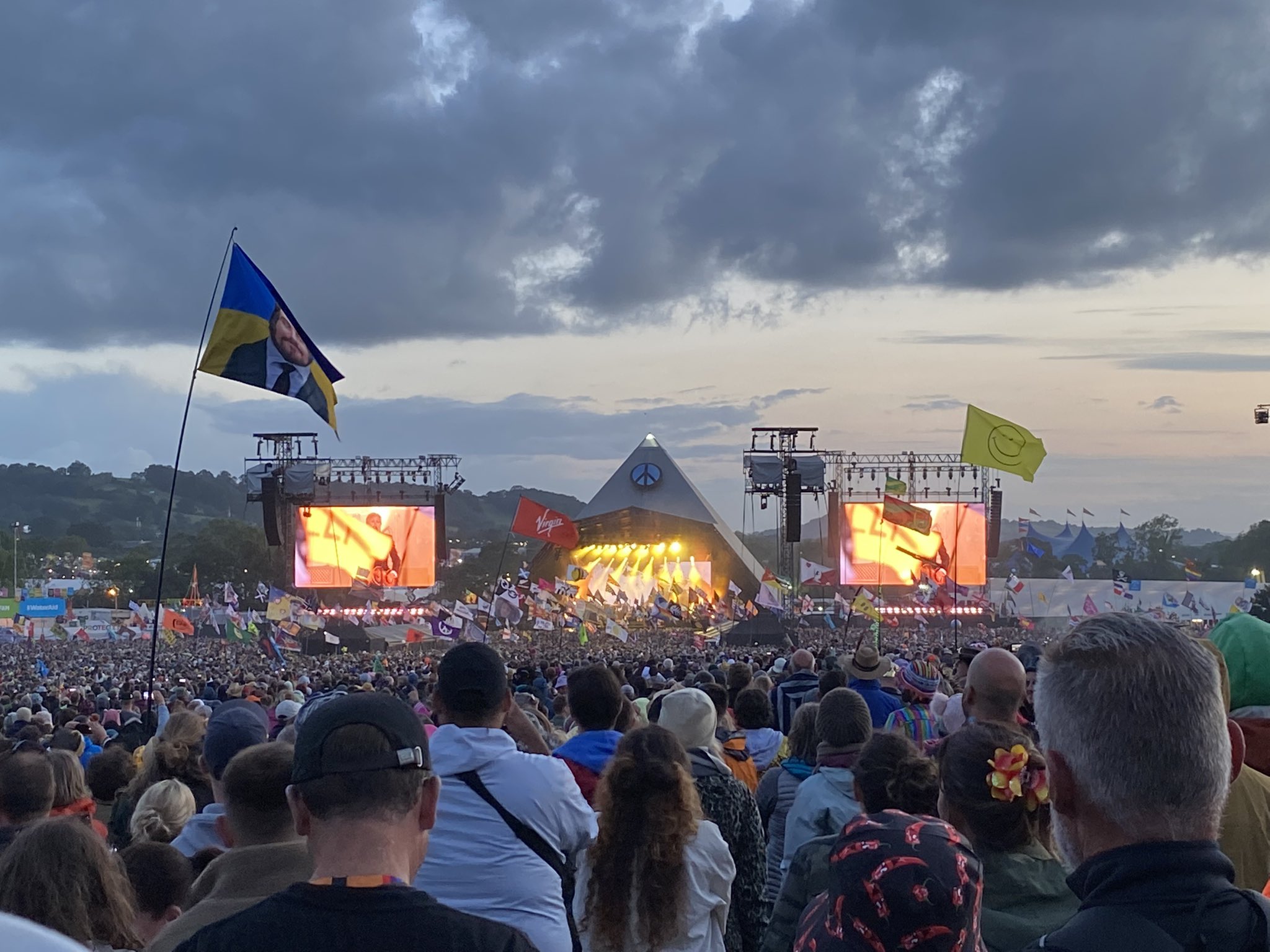 Michal Marcinik, CEO and Co-Founder, AdTonos writes about the recent coverage of Glastonbury at the BBC.

The event is so integral to English culture that a ‘fallow year’ (a year to let the grass grow back) significantly impacts the summer economy, so after 3 years off, it was well received for fans, musicians, and the economy alike.

Once again, the BBC publicised the event on radio and TV, a partnership that initially began back in 1997. Music streaming and event coverage has come a long way since the early days, changing the way music is consumed forever.

Despite music platforms having transformed the industry, the continued – and ever-growing – success of festivals shows there is still plenty of room for live events.

Considering how digital and streaming technologies have reshaped the social, financial, and even creative dynamics of the music industry, it’s also worth thinking about tradition and legacy when it comes to a sphere as old as time itself.

1970: Glastonbury, now a stalwart of the live music industry, and one of the most celebrated events of the world, first hit the fields just over 50 years ago. Inspired by the Festival of Blues and Progressive Music at the nearby Bath and West Showground in 1970 – headliner: Led Zeppelin – Michael Eavis hosted what was then the Pilton Festival on family ground, Worthy Farm.

Ticket price? One pound, with free farm milk provided. Although originally including The Kinks in their round up, some unexpected shifts meant that it was Tyrannosaurus Rex (T. Rex) who headlined the event, with other acts including Steamhammer, Duster Bennet, and more that played to a crowd of 1,500.

1971: The following year saw the inauguration of the famous ‘Pyramid Stage’ which pulled in more big names with performers such as David Bowie, Hawkwing, Traffic, and Quintessence. Free to enter, attendance grew by 700% to 12,000, and was financially supported by those who believed in the ideal of democratising music – a testament to the potency of the arts.

1994: 1994 was transformational for Glastonbury Festival as the partnership with Channel 4 brought intensive broadcast coverage of the performances to audience living rooms for the first time. It demystified the concepts of rave and dance music and not only revolutionised the genre’s reputation, but the UK music scene as a whole. Key acts of the year featured Orbital, Bjoyk, Manic St Preachers, and Lemonheads. The times they are a-changing

1997: Although the weather hailed “The Year of the Mud” – 90,000 festival-goers still advanced upon the 800-acre site in excited droves to see The Prodigy, Radiohead, Massive Attack, and more. Coverage involved BBC2 live broadcast alongside a daily newspaper published by Select. This was the year the BBC first came in as a major sponsor, starting an alliance between the public broadcaster and festival team that has been going from strength to strength since.

2022: Celebrating its 50 th anniversary (albeit a couple of years late), Glastonbury Festival has reached new levels of hype, drawing in the biggest names – new and old – of the music industry, such as Paul McCartney, Robert Plant, Billie Eilish, and Kendrick Lamar. The collaboration between the BBC and Glastonbury Festival will culminate in 40 hours of coverage on BBC iPlayer, 60 hours of broadcast coverage across various BBC networks, all day coverage on BBC 6 Music as well as both pre-and post-Glastonbury shows full of previews, highlights, and exclusive interviews with musicians. Thanks to streaming, viewers who are unable or unwilling to go to the live event can still benefit from the ultimate, personalised armchair experience through a deluge of audio and video coverage (that doesn’t cost hundreds of pounds, unlike a ticket).

Streaming and the music industry

Music streaming has, without a shadow of a doubt, affected the music industry. A span of platforms has provided smaller musicians with more reach than they could have hoped to otherwise – yet at a price. Streaming has made music accessible to the point that individual album and single sales have plummeted – leaving live music events as one of the main sources of income for musicians. With ticket prices climbing from 0 back in 1971 all the way to £285 this year, attending the festival is a sizeable investment that many still find worth making.

Music festivals such as Glastonbury promise to endure because of the incredible experience they provide. Events such as this become their own microcosm – as south west England’s unofficial fourth largest city, Glastonbury Festival is almost a macrocosm – where crowds come together to enjoy music, support their favourite acts, and live in a state suspended from everyday life, where art, creativity, music, and performance all take centre stage: much like the festival’s roots.

Nevertheless, streaming and audio have their place within the music, media, and audio ecosystem. Whereas before, only those who attended the festival could truly experience its magic, whereas specialised broadcasts have opened the door to the world. It is also worth mentioning that Glastonbury Festival has spent years cultivating its own brand – one that has proved incredibly successful.

Audio has come leaps and bounds in the last 50 years, and it is through radio and broadcasting that this British festival could be shared beyond traditional borders, physical and analog alike. For many, live-streamed radio and broadcast TV will be as close as they can get, and while it won’t be quite the same as the main event, the power of sound can still transport many a listener somewhere slightly more extraordinary.