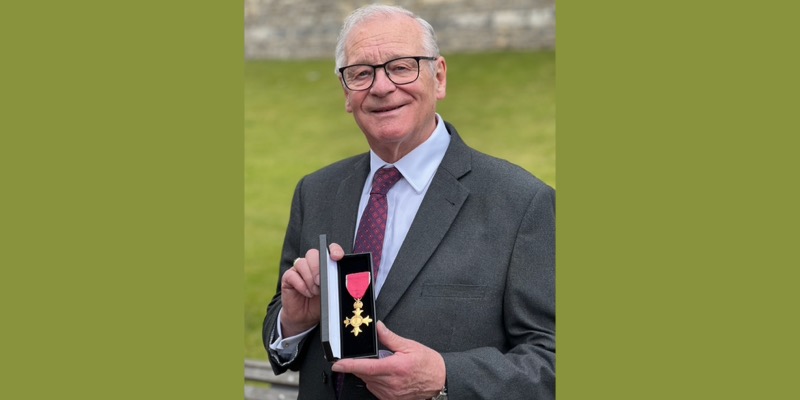 The Chairman of Radio Tyneside Dave Nicholson has been presented with his OBE.

The Prince of Wales handed Dave the honour at Windsor Castle and said he believed community radio was more important now than ever.

Dave Nicholson has been at Radio Tyneside for 49 years and continues to oversee the daily schedules as well as host the weekday magazine programme Morning Call.

Dave told RadioToday: “This honour is not just for me, but for all the volunteers past and present who continue to make Radio Tyneside the success it is.

“We provide a truly local service that can be heard all over the world and our specialist music programmes are of the type you can hear nowhere else.

“It is a real privilege to be leading this organisation and to be recognised in this way.”

Dave was recognised in the New Year Honours in December along with David Sharp, Station Manager at Academy FM in Folkestone and former Radiocentre CEO Siobhan Kenny.