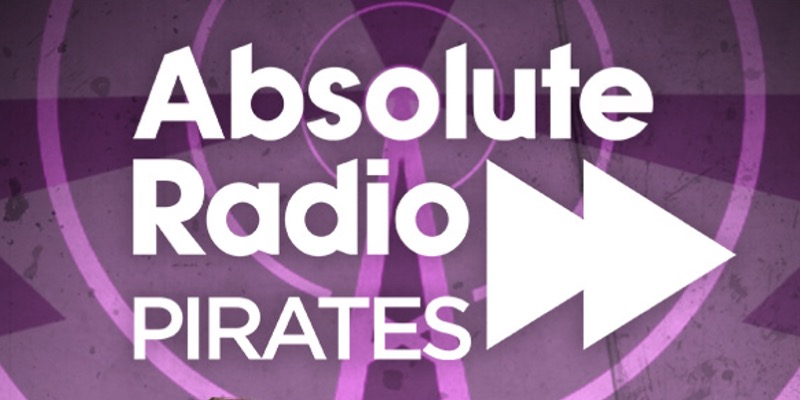 Absolute Radio is dedicating a day of programmes to pirate radio stations to mark the anniversary of their being banned.

The station is ‘saluting the original radio innovators’ with a one-day takeover of Absolute Radio 60s on Friday 12th August between 10am-4pm.

It will be 55 years since the Marine Offences Act was introduced, which made it illegal to present, produce, advertise on, or supply music to offshore pirate stations.

‘Absolute Radio Pirates’ will include shows from well-known presenters including Tony Blackburn, Johnnie Walker, Leona Graham and Shaun Keaveny – along with archive broadcasts from the likes of Kenny Everett and Tommy Vance.

Programming highlights will include:

Absolute Radio Content Director, Paul Sylvester, says: “Modern radio wouldn’t exist without these titans of broadcasting who introduced British audiences to the likes of The Beatles, The Rolling Stones and Aretha Franklin. We’re proud to pay tribute in a typically unique Absolute Radio way, disrupting the airwaves with an incredible soundtrack, legendary voices, compelling archive and the recreation of vintage news bulletins and ad breaks. If you loved Absolute Radio 40s, well, we’ve fast-forwarded a couple of decades for another appointment-to-listen day of radio.”

Executive Producer, Jon Holmes, said: An amazing day celebrating the incredible pirate radio stations that, ironically, changed the audio landscape of the UK from the (air)waves of the North Sea. If you like radio, music, music radio, or people doing what they love sticking two salty fingers up to The Man, then prepare to board Absolute Radio Pirates.

The programming block has been produced by Unusual and financed by the Audio Content Fund.