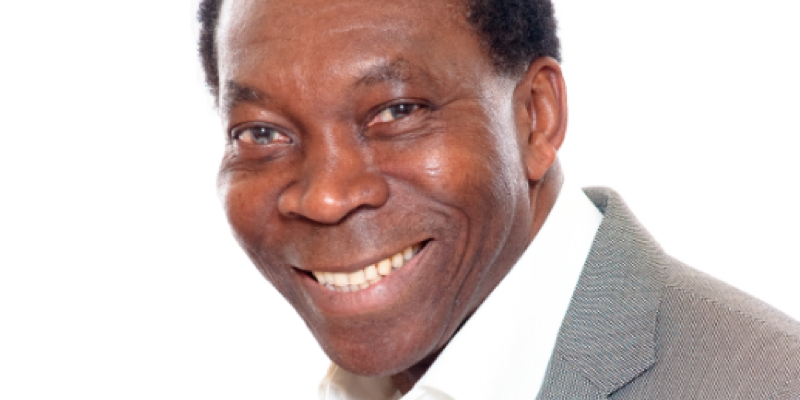 Ambrose, who lived in Worthing and was also known as “Mr Lurve”, hosted radio shows for over five decades across Sussex and the South of England.

He died at St Barnabas Hospice in Worthing with his family by his side on August 31st.

Ambrose also broadcast on other stations in the area including Juice FM, Arrow FM, Sovereign FM and more recently on Regency Radio – a station he helped launch.

Ambrose, whose real surname was Obiajulu, came over to the UK from Nigeria alone to complete his education as the oldest child of a large family in 1964, first to Norwich and then on to Kings Lynn.

His love of music began at college in 1969 where he and some close friends set up a company that ran events and concerts. This opened up opportunities and Ambrose started his DJing career in pubs and clubs across the East of London which developed into Hospital Radio at St George’s in Tooting.

We're extremely sad to announce the passing of our much-loved friend, and colleague, Ambrose Harcourt.

Known as Mr Lurve to many of our listeners, the legendary Ambrose was on the airwaves for many years. Our book of condolence can be found here https://t.co/6n4B3kufeu

On relocating to Sussex, Ambrose joined Southlands Hospital Radio in 1982. It was whilst there that he met Simon Mayo who told Ambrose to apply for a new station that was launching. It was there that he took on the stage name “Harcourt” which came from the Nigerian city of “Port Harcourt”.

Now settled in Worthing with his young family, Ambrose joined Southern Sound in 1986. The station featured his shows “Soul Direction”, “The Love Hour”, “Night-time Heart and Soul” and the “Love Zone”.

Jay Jackson of Regency Radio said: “Ambrose leaves behind a hole in Regency Radio that will never be filled, nor could anyone fill it! the whole team is devastated by the sad news.

“He was a wonderful human being; he wanted only the best for everyone and would go out of his way to help up-and-coming presenters achieve their dream of being on the radio; Ambrose was a director at Regency and instrumental in making it the success it has become, We will continue his good work in his name by naming our new studios after him once built, he will never be forgotten and always in our hearts.”

Sad news… The Sussex broadcaster Ambrose Harcourt has passed away. Ambrose was a familiar voice for many years on stations such as Southern FM and Juice.

He was also instrumental in setting up the Chestnut Tree House Children’s Hospice and became Vice President of the charity. pic.twitter.com/mirjCC7TIr

Ambrose’s family has paid tribute to the “most loving, caring and inspirational person who always had time and a hello for everyone” and he will be greatly missed as a husband, father and grandfather.

“We have been touched by the kind words and recollection of so many stories from those that knew him and it’s clear that he touched so many people’s lives for the better.

The family is so proud of what he represented to everyone through his charity and radio career”. A book of condolence has been set up on the home page of Regency Radio and can be found here.