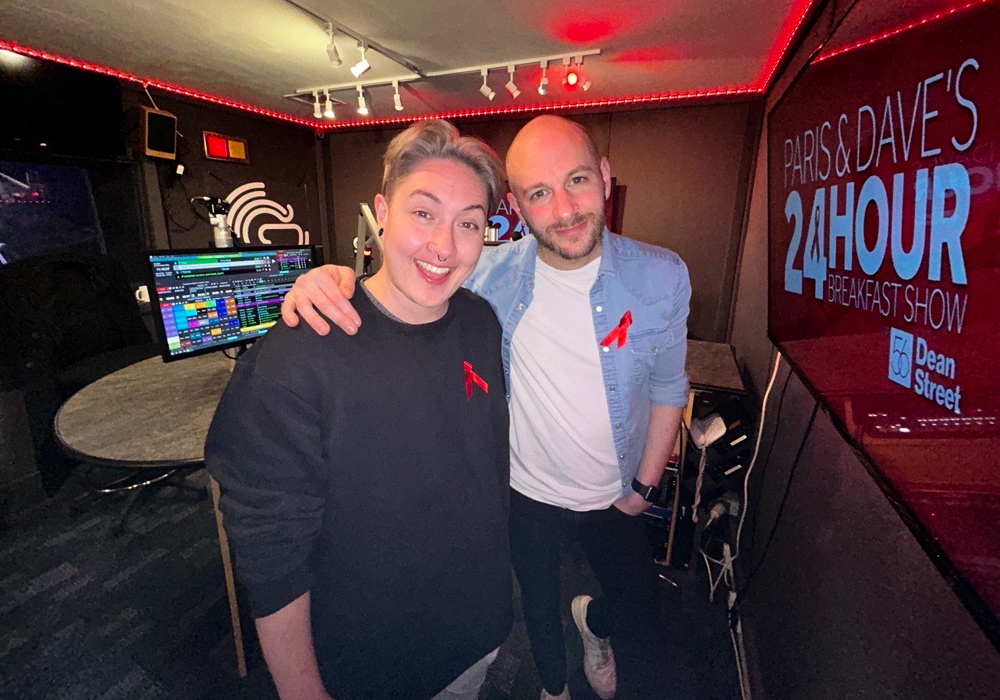 Paris & Dave from Gaydio Breakfast are going live for 24 hours to raise money for the Terrence Higgins Trust charity from 7am Thursday.

As well as this, there will be a one-hour documentary hosted by It’s a Sin’s Nathaniel Hall and supported by the Audio Content Fund talking about HIV in the dating game featuring real-life stories about living and dating with HIV and the stigma that still remains.

Join them for a lotta fun, a lotta laughs, massive prizes and huge guests

Kriss Herbert, Network Content Manager for the Gaydio network said: “World Aids Day is such an important time in the calendar of LGBTQ+ people, an opportunity to raise awareness and break the stigma of HIV and AIDS, something that is unfortunately still an issue in our community today.

“Terrence Higgins trust are an incredible charity at the forefront of the fight against HIV. We’re really pleased to be able to support them with Paris & Dave’s 24 Hour Breakfast Show, so join us on Thursday from 7am and get involved to raise money for an incredibly important cause!”

“Gaydio’s generous support helps to fund support for people living with HIV, work towards ending new cases of HIV by 2030 and the promotion of good sexual health for all.”