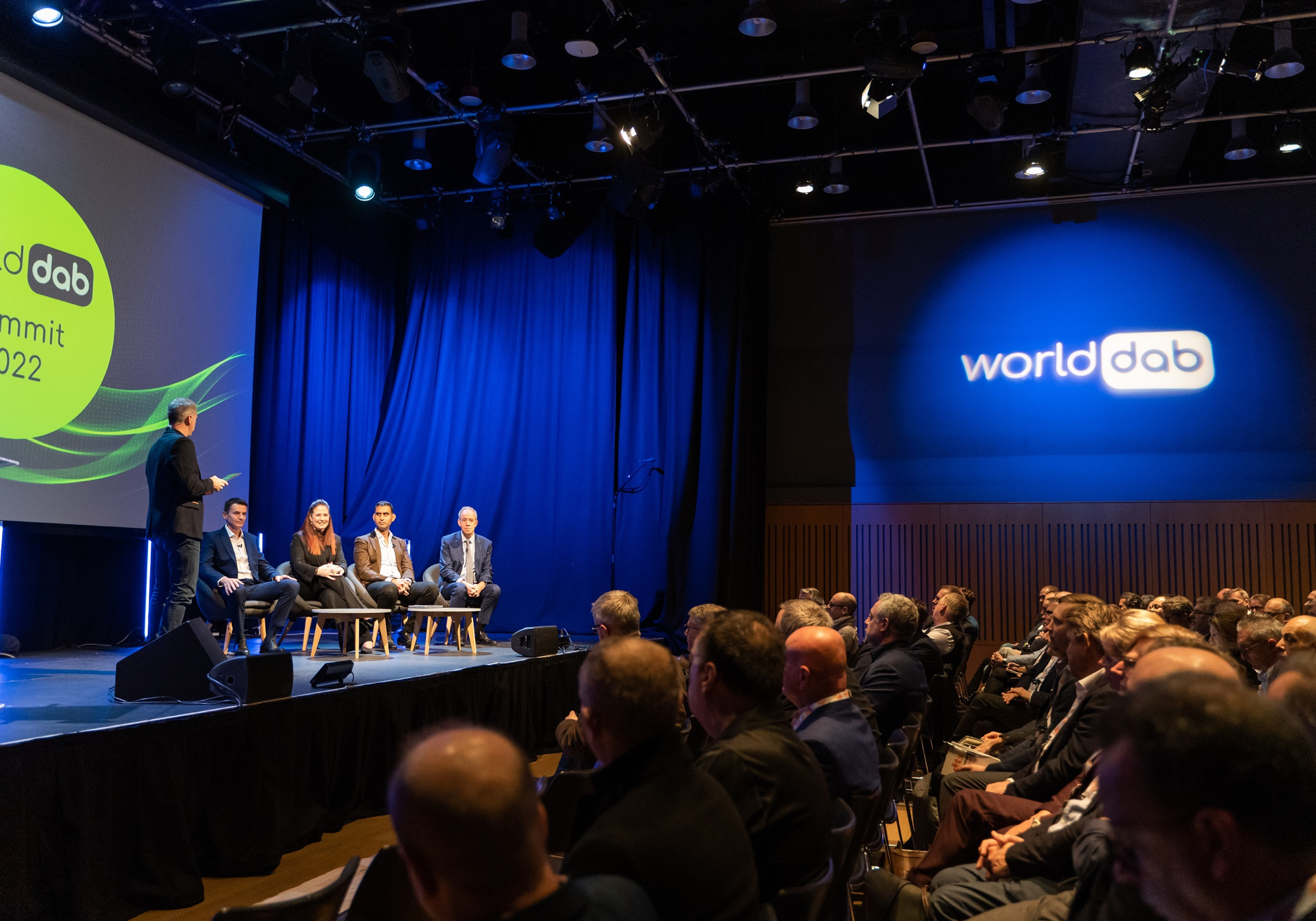 “It’s essential to protect the core benefits of broadcast radio – it’s free to air, universal and reliable in emergencies. DAB+ is key to securing this,” he added. 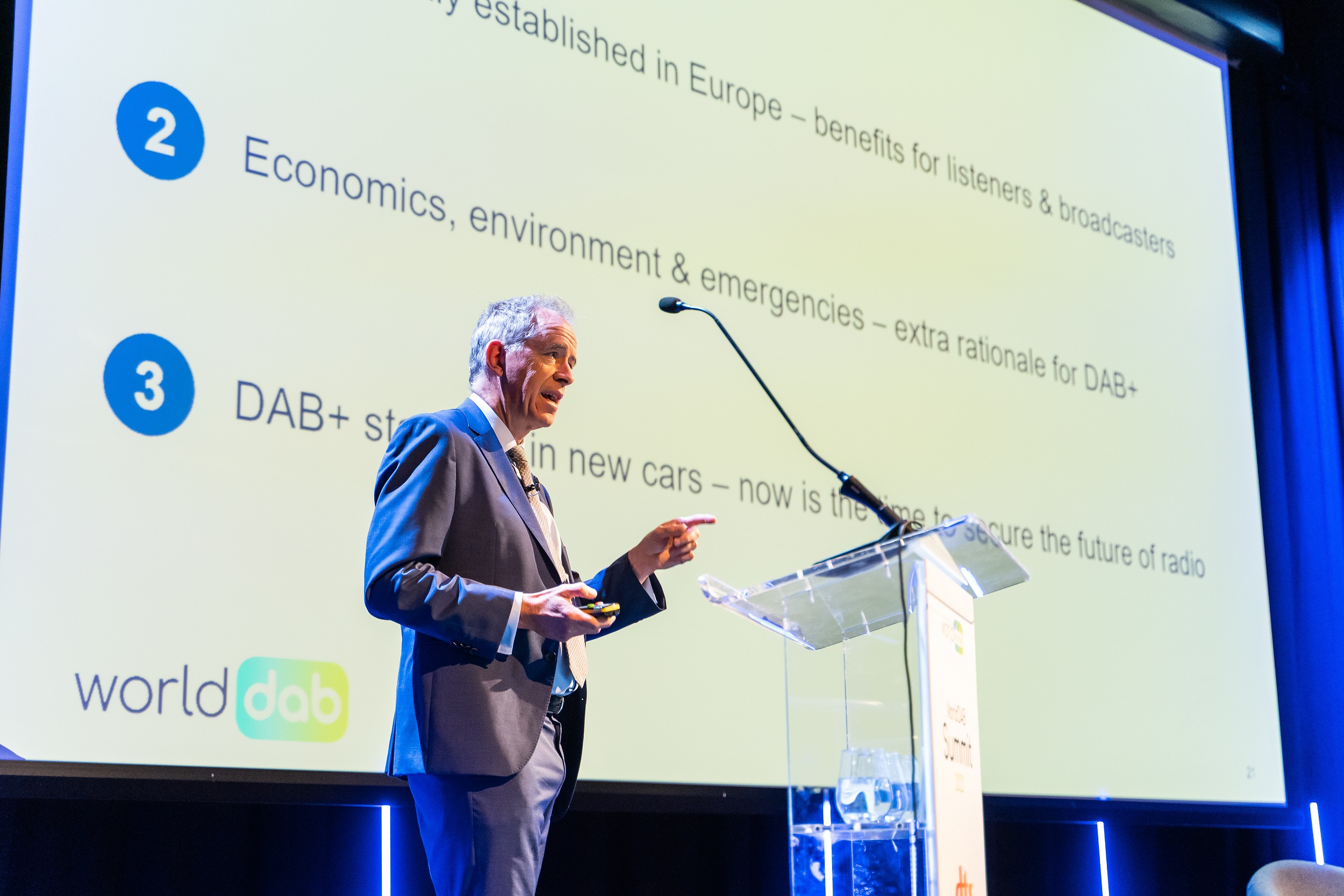 This was supported in keynote sessions, with Shuja Khan, CEO of UK communications infrastructure company Arqiva, arguing that governments need to safeguard broadcast services – not just in the short term but to 2040 and beyond.

New DAB+ services from around the world were highlighted at the Summit, including the newly launched ANTENNE NRW in Germany’s North Rhine-Westphalia. Its Managing Director, Julia Schutz, said that the station had gone from an idea to a contender within just one year – but also noted that “developing DAB+ is not a sprint but a marathon.” 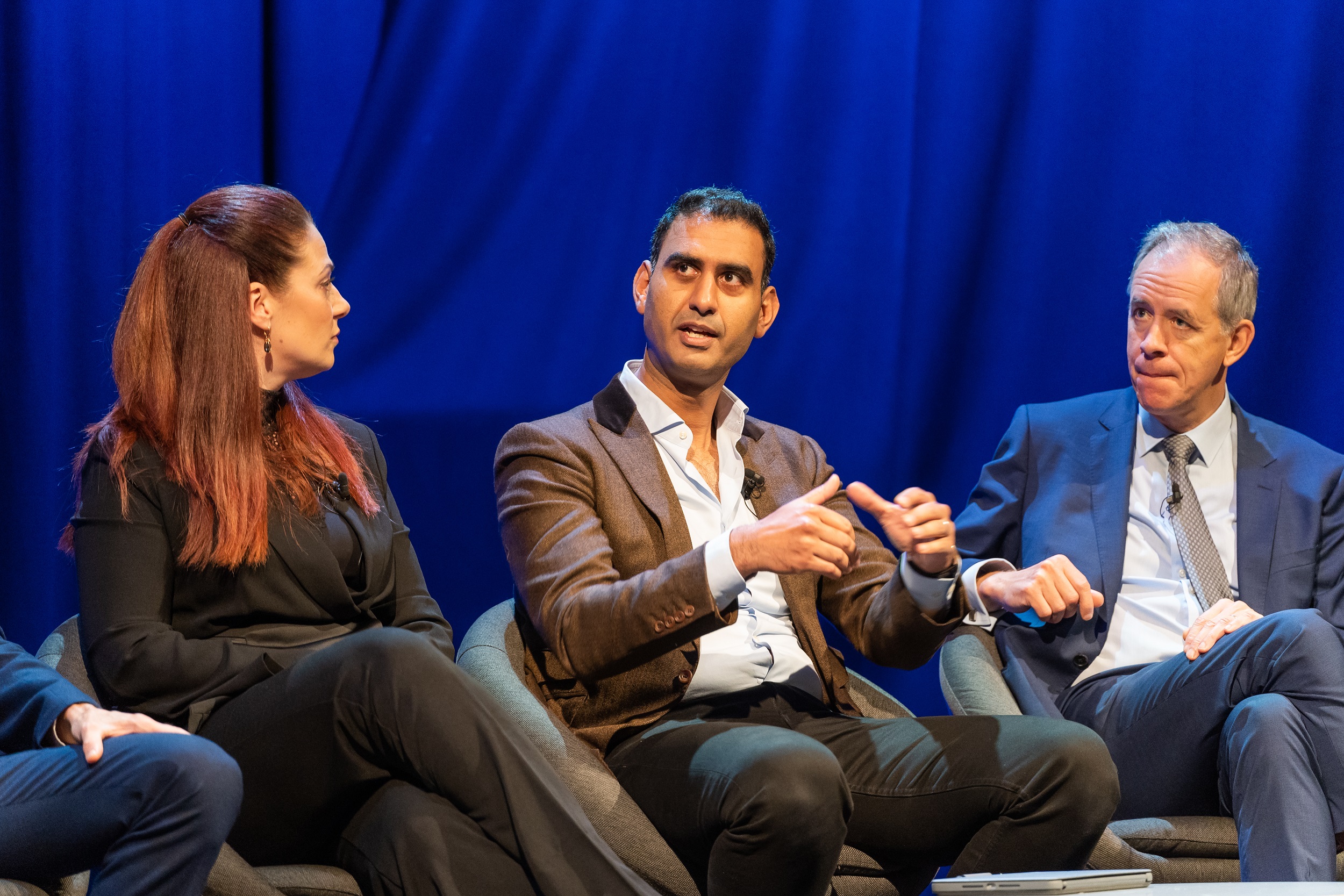 Speakers emphasised the need for continued collaboration between the radio and automotive sectors, to ensure radio’s continued dominance of in-car audio, and to optimise the experience for listeners. Diana Franganillo from Strategy Analytics said that “radio remains royalty” in the car. To strengthen this position and remain relevant, Franganillo advised providing content for younger listeners as the next generation of car buyers, synergising with other services to provide a holistic user experience for drivers and remaining alert and creative to the advent of autonomous vehicles.

David Holroyd, Director of Technology for Europe’s largest radio group, Global, in conversation with Lindsay Mack from BBC Sounds, said that Global provides a range of metadata, such as station names and logos, for in-car use through DAB and RadioDNS hybrid radio. Holroyd added that while he was cautious about making in-car screens too busy, programme and schedule data could also add value for listeners, alongside ‘now playing’ information.

Gregor Pötzsch from CARIAD, part of Volkswagen Group, showed how this looked in-car and said he expected that in the future, dashboard devices would feature recommendations for listening and greater incorporation of podcasts and online broadcasts. Joe D’Angelo from Xperi spoke about the challenge of personalising radio services and the growth of tuning and location data available from receivers available to broadcasters. 3.6 billion “measurement events” were captured by DTS Autostage in 2022, and D’Angelo expects this to increase to over 90 billion next year.

Meanwhile, the growth of small-scale DAB+ was covered by Donald McTernan from Ujima Radio in Bristol, England, who emphasised the social gain benefits that low-cost access to the digital airwaves can bring. 148 stations now broadcast in on newly launched small-scale DAB multiplexes across the UK.

The annual Summit was held in-person for the first time in three years, in Kings Place in London. It brought together more than 375 delegates online and in-person, from over 60 countries around the world, and was hosted by technology journalist, Spencer Kelly.

The Summit is organised by WorldDAB, the global industry forum for DAB digital radio.