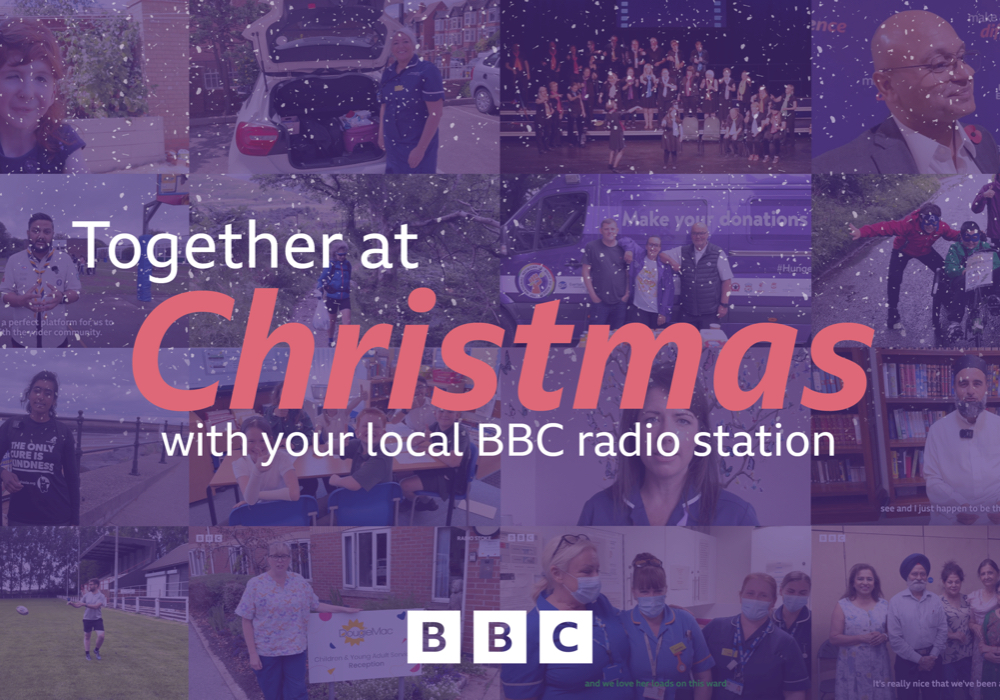 Local BBC Radio stations will be celebrating the people who have won a BBC Make A Difference award over Christmas with special programmes each day.

From Monday 26 December through to Friday 30 December stories will be broadcast across the network from 9-10am, and repeated in the evenings between 9-10pm.

The Make a Difference initiative was launched at the beginning of the Covid pandemic in March 2020, as a virtual notice board for those able to offer help and those needing support. To date, over ten million people have got involved in Make a Difference across all 39 local BBC radio stations.

Since the start of September, the BBC has been celebrating each local hero at special awards ceremonies across the country. At each of these events eight winners are announced across eight categories for each local radio station.

Chris Burns, Controller Local Audio Commissioning for England said: “Over the past few years we have heard inspiring stories about remarkable people who have won our Make a Difference Awards.

“We want to celebrate them once again by sharing their stories across our local radio stations throughout the wonderful festive period. Make A Difference is all about changing lives for the better and we hope local BBC radio is doing that.”

On Christmas Eve, Saturday 24 December – At midnight there will be an hour special of the Make a Difference – Keeping Faith at Christmas, programme which will be presented by Louise Hulland of BBC Radio Cambridgeshire.

Also on Christmas Eve – Continuing as part of Keeping the Faith at Christmas, there will be a look back at the Queen’s faith as revealed through her Christmas Day messages; hearing from other faith groups about their work with the King, and discuss what King Charles III could say in his very first Christmas Day speech.

The Christmas Day service airs at 7am across all 39 Local BBC Radio stations and will be led by the Archbishop of York, Stephen Cottrell. It will feature readings and prayers from people around England and we will also hear about the Warm Churches Schemes.

And on Saturday 31 December from 6-8pm, there will be 15 years of BBC Introducing talking about the artists and bands discovered by local BBC radio over the years.