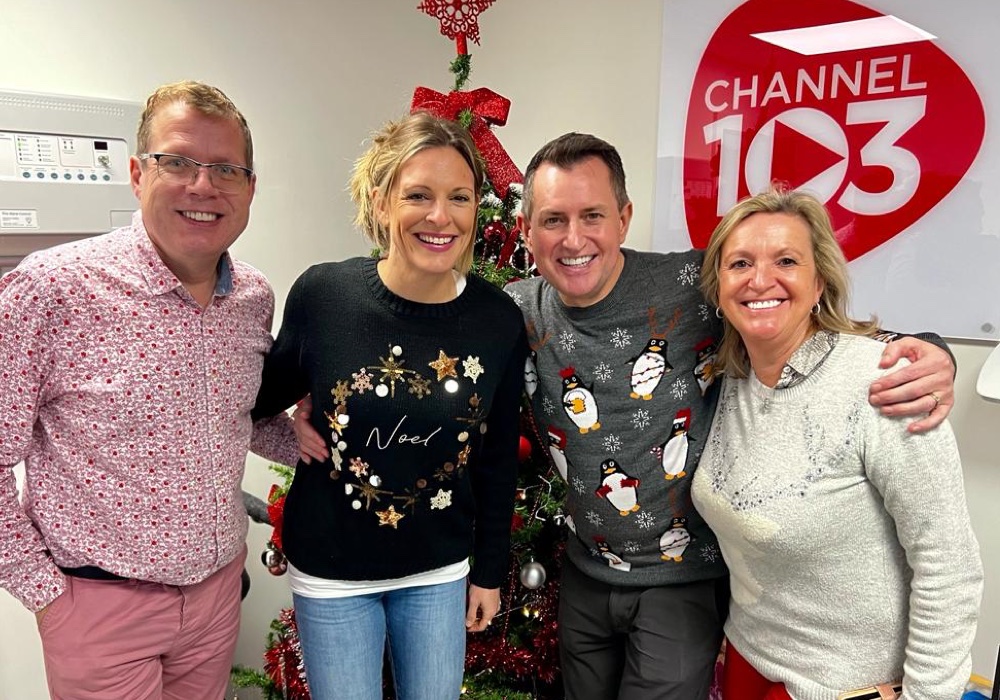 This year’s Jersey Christmas Appeal charity auction on Channel 103 has raised £101,193 for good causes on the island.

The broadcast was the culmination of a month-long fundraising drive, with more than 200 lots going under the hammer, ranging from a three-course dinner with Jersey’s Chief Minister to a round of golf with Ian Woosnam, holiday to Barbados, and even a rear flap from a McLaren F1 team car.

Money raised will go to help disadvantaged families in Jersey enjoy a better Christmas with food vouchers, festive hampers and gift vouchers being distributed in the run-up to the big day.

Channel 103’s Jason King said: “It’s an amazing result and it’s exceeded our wildest dreams. Yet again, islanders have stepped up to the plate with their support of this brilliant appeal.”

Appeal treasurer Annette Blanchet added: “Whether it’s the companies that have donated lots or the Channel 103 listeners who’ve phoned in their bids… the response this year has been really overwhelming.

“It’s a phenomenal amount of money and we can now help many more families including some who need help for the first time in this challenging year… thank you Jersey!”