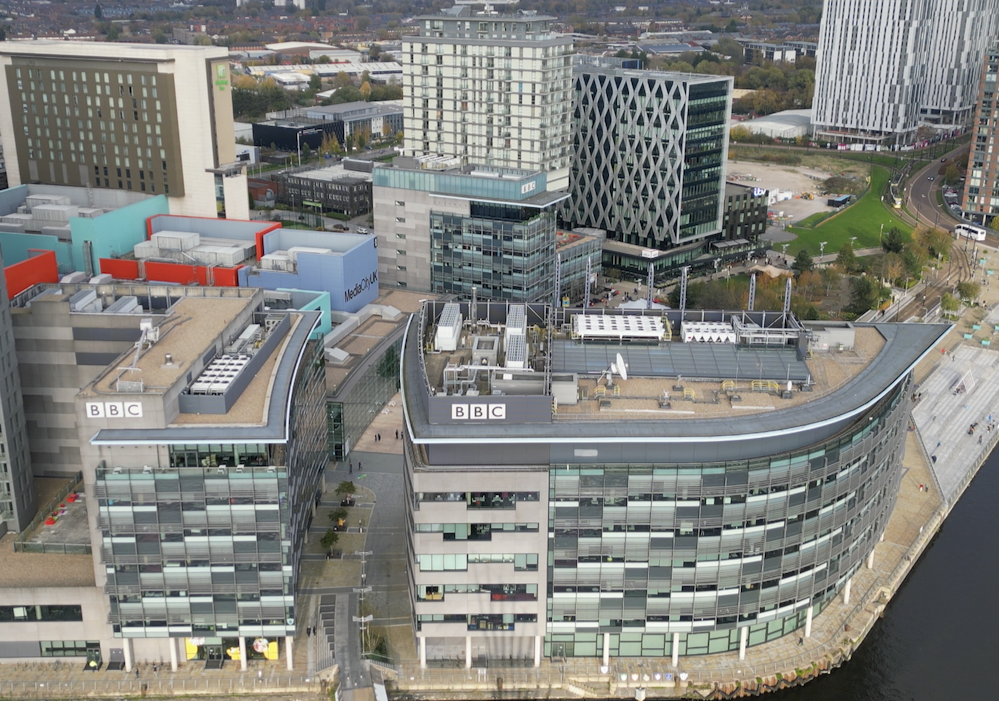 The BBC’s decision to move at least half of production for Radio 3 to Salford has been praised by a University of Salford professor and composer.

On Tuesday, the BBC announced its plans for Radio 3 that in addition to increasing its output from Salford by 2024/25, Simon Webb – the corporation’s first Head of Orchestra and Choirs – will be based there from January 2023 and the incoming Controller of Radio 3 and BBC Proms will also spend time between Salford and London.

The move is seen as part of the BBC’s strategy to build a ‘classical music hub in the North.’

Alan Williams, a Professor of Collaborative Composition at the University of Salford said: “The announcement that BBC Radio 3 is creating a UK-wide classical music hub in the north, and that 50% of its production hours will come from Salford is unequivocally good news for Salford, the city region, and the north of England more generally.

“Our staff and students are involved in innovative music and music technology projects across the city region, and we look forward to the opportunities for more creative collaboration that this move will bring.

“I’m also delighted that Simon Webb, who has been a hugely supportive friend of the University as Director of the BBC Philharmonic will now stay in Salford as Head of Orchestras and Choirs.

“Within an hour of MediaCity, classical music audiences have access to Opera North, Huddersfield Contemporary Music Festival, Psappha, Manchester Collective, the BBC Philharmonic, the Hallé, Manchester Camerata, Buxton International Festival and the Liverpool Philharmonic; and it’s fantastic that the richness of this musical culture is being recognised.

“This investment means the region as a whole will continue to grow as a place that not only makes great musicians, but keeps them here.”

The BBC says that eight programmes on Radio 3 will move production to Salford over the next two years. They are Music Matters, Jazz Record Requests, Essential Classics, Through the Night and Sunday Breakfast. The Listening Service and Afternoon Concert, which were partly based in Salford, will move to full time production from Media City whilst Words and Music will also increases its Salford production.