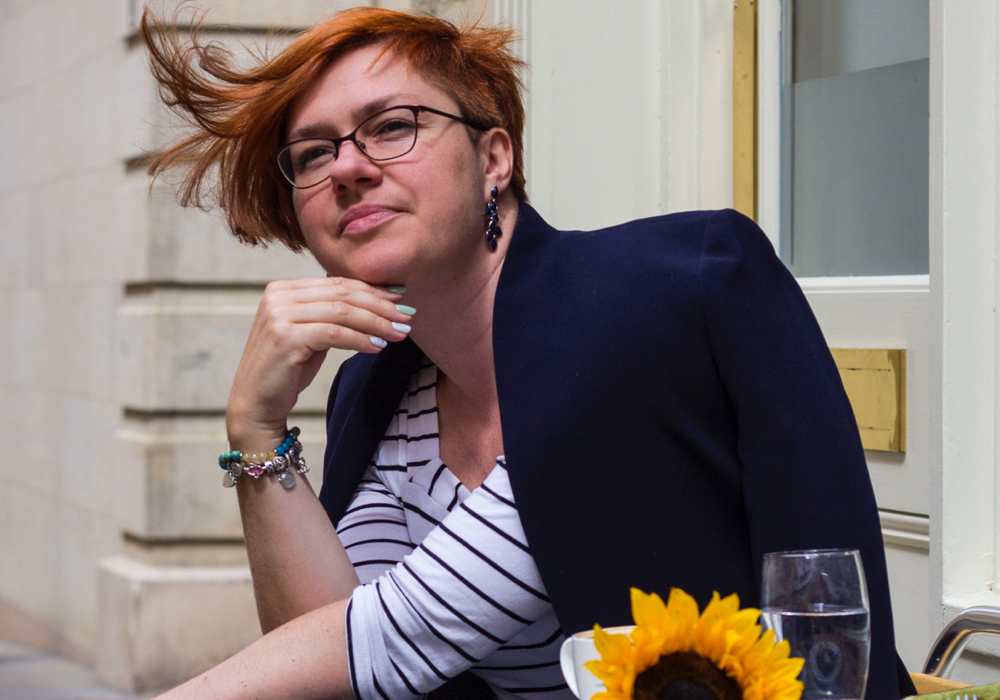 There are approximately 2,000 Ukrainian people living in the station’s coverage area, but there was no Ukraine-specific content available for them in the region.

Radio Bath wanted to remedy the situation in the run-up to Christmas, as it broadcasts both on DAB and online. It meant families living in the West could share information and cultural ties, while relatives back home in Ukraine could listen online.

The latest addition to the Radio Bath line-up is Zhenya Shkil, a Banes resident of Ukrainian origin, who has been an activist and a member of the movement known as Bath Stands With Ukraine, from the first days of the war. Zhenya was found with a little help from BANES Councillor Dina Romero, Cabinet Member for Children, Young People and Communities.

The station’s Content Director, Steve Fountain explained; “When Radio Bath launched on 5th November 2020, the station’s aim was to become a voice for Bath and beyond, a place where local businesses, charities and organisations could come on air and share their story.

“We couldn’t have imagined that less than 2 years later, Bath and North East Somerset and Wiltshire would welcome refugees from Ukraine – Ukrainian citizens forced to leave their homes because of war. Our aim is to be available to all communities across our coverage area.”

Zhenya shares her house with the family members of three generations, all of whom came from Ukraine as war refugees, so she has first-hand knowledge of what they are struggling with and what help they need. She will play Ukrainian music, talk to Ukrainians about British culture, local events and will share advice and answer any questions.

Zhenya said; “I have been working with the local Council helping Ukrainian refugees and I have recently become an Ambassador of the City of Oleksandriya in the UK. I am involved with the committee that worked hard collecting money to purchase 25 generators of different powers for this city. With the first 13 generators on the way to Oleksandriya, we are launching a new fundraising campaign this week to raise the needed funds for the remaining 12. I’m very much looking forward to presenting for people both in England and back home.”