Radiocentre returns to Edinburgh for Tuning In Scotland 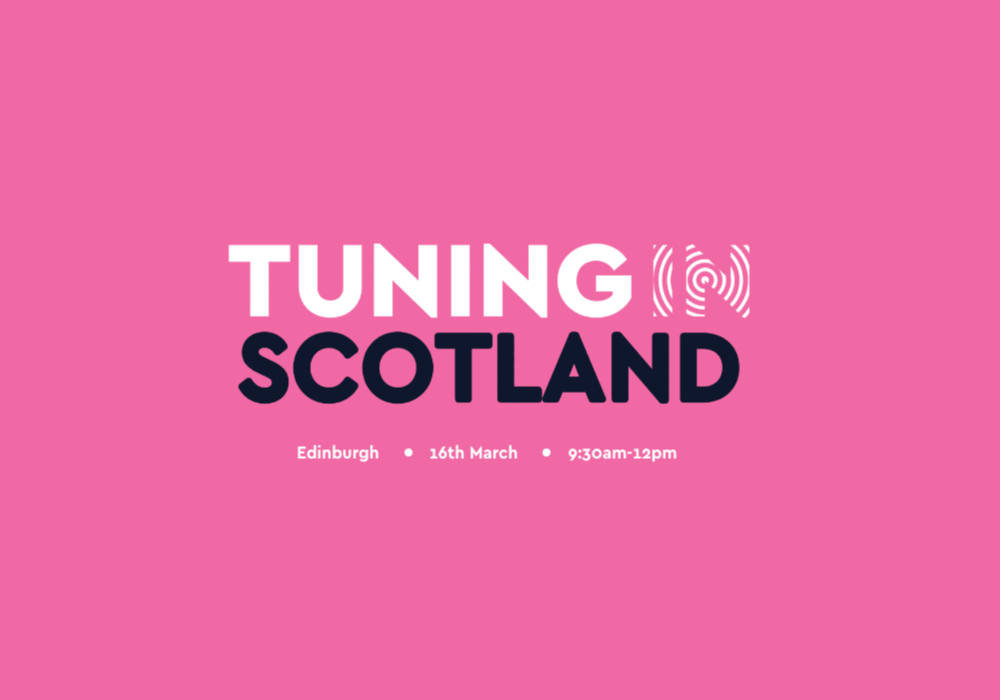 Radiocentre is returning to Scotland for its next Tuning In event which will take place in Edinburgh on 16th March.

Tuning In Scotland will be held at the Everyman Edinburgh and comes at a time when commercial radio is booming, with both record audiences and revenues.

If you’re based in Scotland and want to explore how the industry is rapidly evolving, you’re invited to join the industry body for this two-hour morning, in-person event.

You can book your free place here.

Chaired by Radiocentre’s new CEO Matt Payton, the event will showcase Radiocentre’s latest Generation Audio research, which was released at the end of 2022. This report explores why commercial audio is growing and how advertisers can benefit. A full speaker line-up will be announced in the coming weeks.

Matt Payton says: “We’re delighted to be heading back to Edinburgh for our first event of 2023. The city is a centre of excellence for the creative industries, and we look forward to gathering with our friends and colleagues from across Scotland for a dive into the innovative and ever-changing world of radio and audio”.

Radiocentre has hosted several Tuning In events in Scotland previously, including a session held in Glasgow in February 2019 where over 100 delegates heard from the Radiocentre team, plus guest speakers including Greatest Hits Radio Breakfast Show host Ewen Cameron and stand-up comedian and former host of the breakfast show on Capital Scotland, Des Clarke.