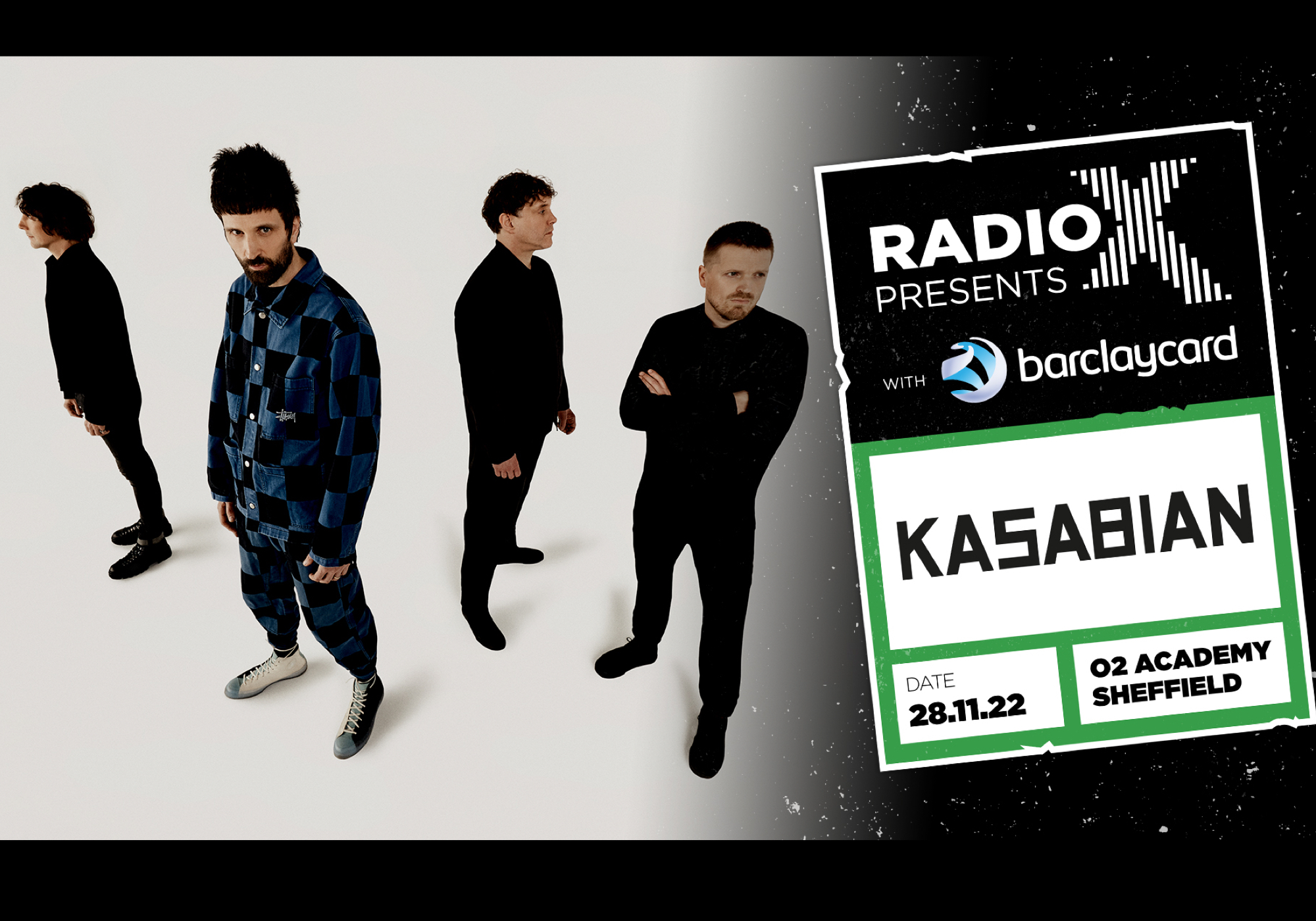 Kasabian is to play an exclusive gig for fans in Sheffield later this month as part of a Radio X Presents promotion with Barclaycard.

The gig will take place at O2 Academy Sheffield on Monday 28th November 2022.

Kasabian said: “We’re looking forward to coming back to Sheffield and blowing the roof off of the O2 Academy. Thanks to Radio X for inviting us!”

Radio X’s Managing Editor Matt Deverson said: “Having just toured arenas across Europe and the UK, Radio X Presents Kasabian with Barclaycard is a rare opportunity for fans to see the whites of the eyes of one of the greatest live acts on the planet. It promises to be totally unmissable. Thanks to our partners at Barclaycard we’re able to bring this special gig to fans and our listeners.”

Fans can watch highlights from the show exclusively on Global Player at 7pm on Monday 5th December.

The gig is the latest instalment of Radio X and Global’s ongoing multi-year entertainment partnership with Barclaycard which has featured gigs including The Vaccines & Biffy Clyro.