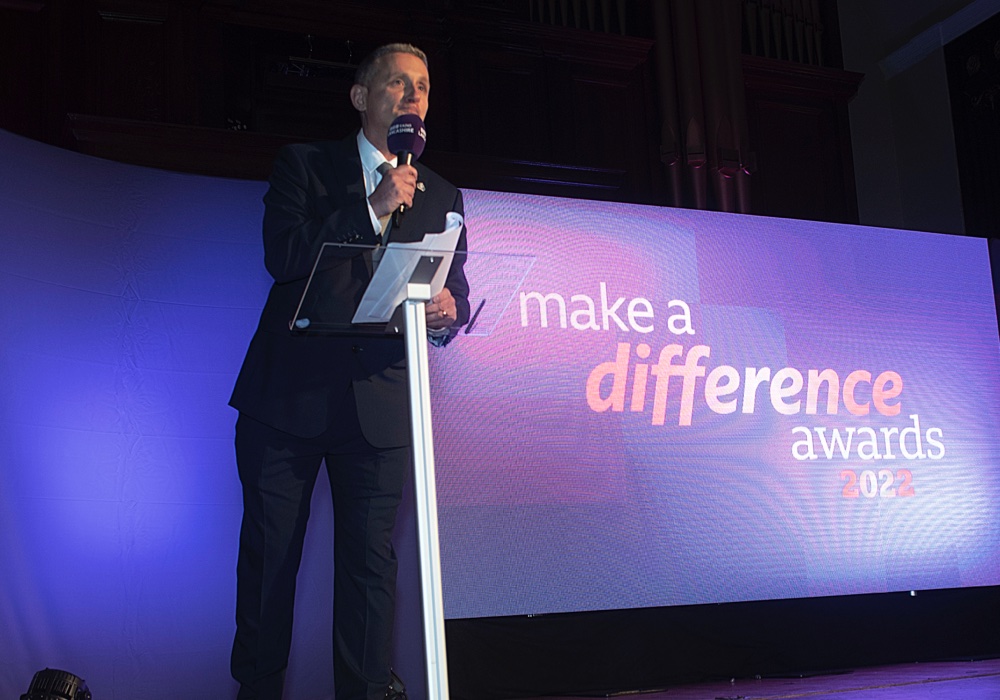 The winners of the BBC Radio Lancashire Make a Difference Awards 2022 have been announced.

The eight winners were announced at the annual ceremony, which this year took place on Saturday 3rd December at Lancaster Town Hall.

Speaking at the event, Graham said: “Each year, I am in awe of the fantastic work carried out by our finalists.

“Each of them are simply amazing in their own way and I’m so pleased that BBC Radio Lancashire has been able to shine a light on their hard work and give them some of the recognition they deserve”.

Chris Burns, Head of Audio and Digital for BBC England said: “We are delighted to announce the winners of these wonderful awards, which celebrate those individuals who have gone above and beyond, what most of us expect from people.

“In a world where the news can often be quite bleak, it is a way of showing off the best of people.”

The Volunteer Award – Rebecca Ramsay (Chorley)
Rebecca’s son Dylan drowned while swimming in a quarry in 2011. Since then, she has devoted her life to being a water safety campaigner.

The Fundraiser Award – Sarah Bernasconi-Parsons (Blackburn)
Sarah’s daughter Maggie was stillborn in 2015. Since then, she has raised over £60,000 to support other families affected by stillbirth.

The Carer Award – Christine Mills (Blackpool)
Before she sadly died in October 2022, Christine fostered and adopted children – often those with life-limiting conditions – for over 50 years. She made sure every child in her care had a stable, loving home.

The Great Neighbour Award – Tony Bentham (Ribble Valley)
Tony is a postie who looks after his local community by going out of his way to visit isolated residents – often in his own time – to check on them.

The Key Worker Award – Brenda Entwistle (West Lancashire)
Brenda has been the lollipop lady at her local school for over 50 years. She is an important part of her community, checking on the welfare of children and parents alike.

The Environmental Award – Muhammad Abdulrashid (Blackburn)
10-year-old Muhammad spends his spare time educating drivers on the dangers of engine idling, litter picking and ensuring his neighbourhood is clean and tidy.