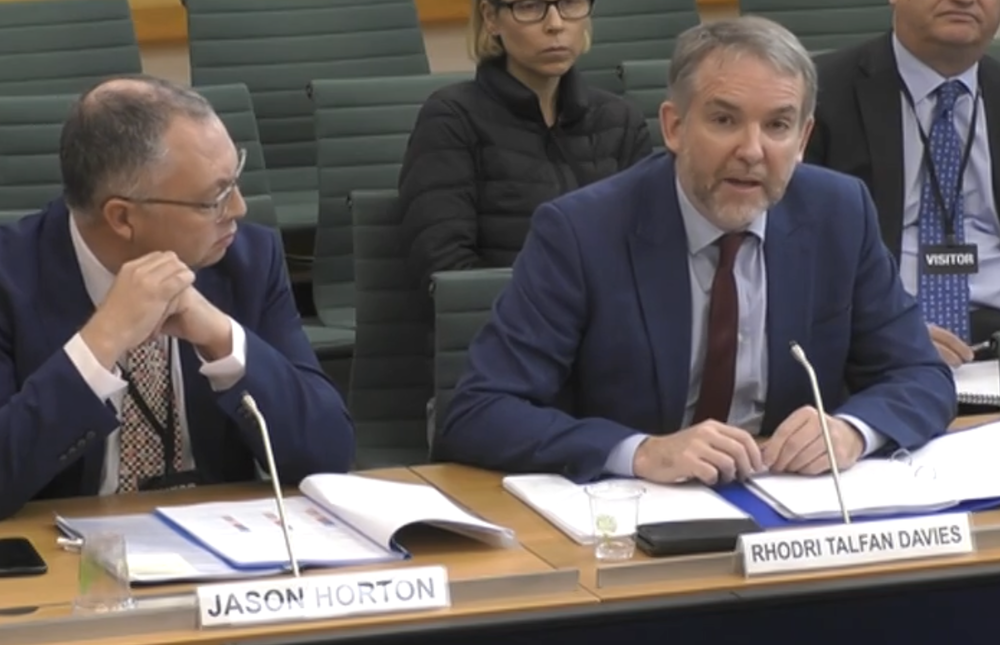 Appearing in front of the Digital, Culture, Media and Sport Committee on Thursday morning, the two Directors answered blunt questions about the plans to introduce regional programmes on 39 local stations outside of the weekday 6am to 2pm slots.

Simon Jump from the DCMS opened the discussion by asking how can local radio be local when it’s actually regional.

Rhodri Talfan Davies started by explaining how the proposals are to shift investment from live and local radio programmes to online news. He said: “We are keeping 39 local stations across England. We are keeping local bases of at least 25 staff in each of our local bases and strengthening the size of our local news teams.

“This is fundamentally not about a reduction in services. It’s about making sure our portfolio of local services that we deliver across radio, television and online keep pace with the way audiences are changing.”

Talking about the speficic pairings of stations, he said: “Do I think the exact model we’ve announced will be the one we implement, I doubt it, because you live and you learn.”

He added that they are listening to feedback regarding the proposals from staff, listeners and audiences, and that changes made to the grouping of stations will need to be clarified and announced before the implementation of the plan starts in January. “We are looking at some aspects of the programe shares at the moment but I don’t think there will be significant changes,” he said.

Jason Horton added: “There are very active discussions going on internally about programme sharing and I think we can protenially make those proposals better.”

Regarding the grouping of BBC Radio London with Sussex, Surrey, Kent and London, Simon Jupp, a former local radio presenter and manager himself, asked how it is relevant for someone in Bognor Regis to know the District Line is down. Jason Horton said: “The programming that will be produced whilst the stations are networked won’t just be about traffic and travel news, but will be great local programming provided by fantastic broadcasters and brilliant production teams that will make the programming relevant.”

He added that some of BBC local radio’s best programming is already across county boundaries.

During the two hour session, which can be viewed online here, many topics were raised including Rhodri Talfan Davies’s salary, pointing out that it is ten times what the average journalist on a BBC local radio station is earning – a sore subject when bosses say there isn’t any more money available.

On the subject of news local news bulletins inserted into the afternoon regional Drive show, Rhodri Talfan Davies confirmed they are looking at ways one journalist can do bulletins for two stations, rather than have 39 local journalists recording 39 local bulletins.

It was announced in October that BBC local radio shows will only survive on weekday mornings and lunchtimes (6am till 2pm) whilst the rest of the output, apart from evening and weekend sport, will be shared either regionally or nationally.

A possible 139 posts in local radio will be at risk as a result of the changes and a voluntary redundancy drive is being launched effective immediately.

Here’s how the programme sharing will look, as proposed in October:

From 6am till 2pm, 39 local shows will continue across the 39 Local BBC Radio stations

From 2pm till 6pm, 18 regional shows will be shared across the 39 stations. The 18 shows will air in:

From 6pm weekdays and weekend breakfast, 10 shows will be broadcast where local sport is not broadcast. The 10 shows are:

From 10am till 2pm Saturday and Sunday, 12 shows will be shared across the network. They are in:

From 10pm weekdays and from 2pm every Sunday all 39 local radio stations will share one nationwide feed, with presenters yet to be decided/announced.