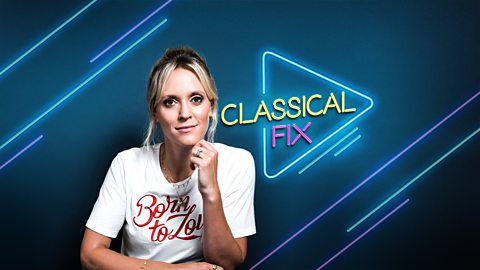 BBC Radio 3 Classical Fix presenter Clemency Burton-Hill has revealed she suffered a serious brain haemorrhage earlier this year after collapsing during a meeting in New York.

As well as presenting for the BBC, she is the creative director of US classical music station WQXR.

After being unconscious for 17 days she is now making a good recovery. The haemorrhage in January was caused by a previously undiagnosed condition – an arteriovenous malformation.

Clemency has told BBC Arts Online that music was played to her all day and all night while she was unconscious and that it provided her with hope.

“It was literally: I can do this, I’m going to get through this,” she said. “Music is the opposite of despair. It was going to be worth the fight.”

She has begun the process of re-learning to speak and walk, and is undergoing physical therapy to strengthen the right side of her body which was affected by the bleed.

She added: “I really believe music is a part of my recovery because it uses both sides of the brain. It’s as though it trains your brain to be ambidextrous. Sometimes it is the thing that gives me solace. And sometimes it’s the thing that helps me to get up, and fight, and to live.”

You can read the full piece from BBC Arts Online here.