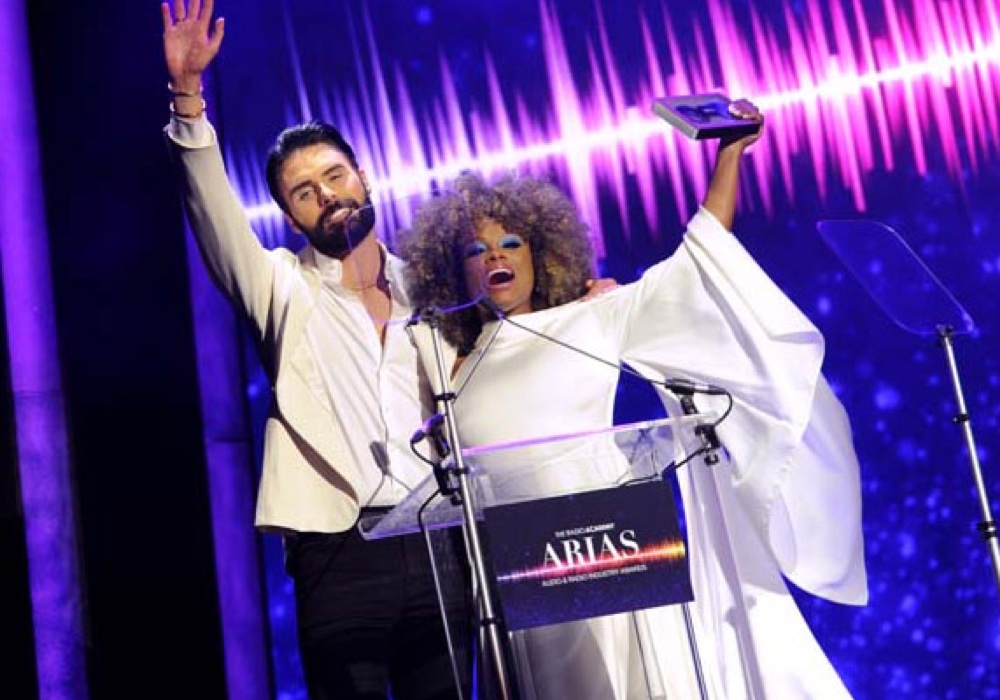 There will be four new categories at the next Audio and Radio Industry Awards along with a special award for coverage of the death of HM The Queen.

In other changes, there will also be an increase to nine nominees in many categories, and the return of hosts Rylan and Fleur East.

The new categories are; Best Community Radio Station (announceda the Community Radio Network conference over the weekend), a split of Best New Radio Show and Best New Podcast, and a new Audiobooks category.

Entries will open on Tuesday 3rd January 2023, the shortlist will be announced at a nominations party on Thursday 30th March in the News UK building, and the ceremony itself is confirmed for Tuesday 2nd May in London’s West End.

In a change to the way the awards are judged, The Academy has announced that in 18 of the 28 categories there will be nine nominations instead of six.

ARIAS Judging has historically taken place in two pools – allowing for three nominations from the BBC, and three from non-BBC entries. From 2023 there will be an additional pool of three nominees for independent podcasts, in the 18 applicable categories.

The full list of categories for the ARIAS 2023 are as follows (with * indicating categories with nine nominees):

Entries run from 3 January to 7 February, and the audio eligibility period is the calendar year 2022.