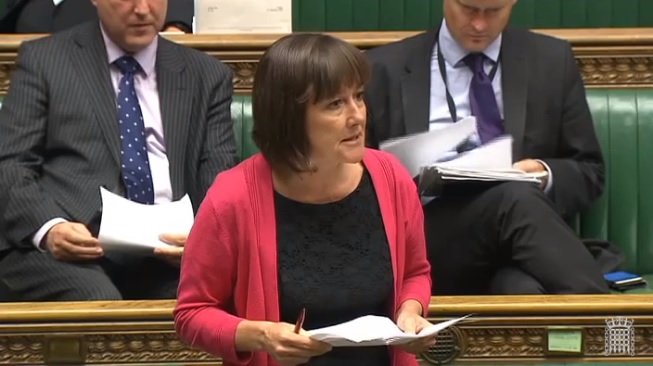 The Shadow Culture Secretary has written to the Chancellor to call for action to help PAYE freelancers working across the media who are unable to access financial support from the government during the Coronavirus crisis.

In the letter, Jo Stevens MP – who represents Cardiff Central – highlights to Rishi Sunak that this is a particular problem for workers at the BBC, which engages most freelancers on a PAYE basis but cannot furlough them because of its status as a public sector organisation.

Many freelancers also do not qualify for help from the government’s Self-Employed Income Support Scheme, because more than 50% of their income comes from PAYE work.

Commercial radio PAYE freelancers who have been regularly hired are able to be furloughed, and can receive an average of their annual pay or the amount from the corresponding month in 2019. Those paid on invoice each month will usually be eligible for the Self-Employed Income Support Scheme, which will pay a grant of up to £2,500 a month for 3 months if your work has been adversely affected by the current situation.

Those working in the audio and radio sectors can also apply for financial support from the Audio & Radio Emergency Fund, which is providing grants up to £1,000.

A recent survey by the union BECTU has found that only around half of workers in the creative industries have been able to receive help from a government income support scheme.

Jo Stevens said: “Creative industries have become a vital, successful part of the UK economy – outgrowing the UK economy on the whole and contributing £13 million every hour. But many in the creative industries have been left to go through this crisis without support and their concerns and proposed solutions to the Government have so far been ignored.

“The Chancellor needs to listen to these pleas. We know that many talented people are now considering their futures in the sector. If we lose these skills, it will prevent this critical sector from surviving and playing its part in our recovery once the virus is beaten for good.”

Last week an open letter was sent to the BBC Director-General Lord Hall, signed by more than 150 freelancers, and calling for the corporation to continue to press the government for its PAYE freelancers to be eligible for financial help. In it, the freelancers wrote: “Many of us have seen our freelance bookings severely reduced or, perhaps in most cases, vanish entirely as a result of the current pandemic. Getting through these difficult times is tough enough, but our ineligibility for the existing income support schemes is further impacting on both our finances and our mental health.”

I’ve written to the Chancellor asking for the Government to listen to the pleas of PAYE freelancers who’ve been unable to access much needed financial support through the #COVID19 crisis. Without support, there’s a real risk this growing industry loses some of its best talent. pic.twitter.com/wdPFZqvUKR

Open letter sent today to BBC Director General Lord Tony Hall by over 150 BBC PAYE freelancers who still fall between the cracks of government support. No furlough, no SEISS. Change is needed for #forgottenfreelancers https://t.co/6JX0g4R5TJ pic.twitter.com/WeTK2pO11I